Jefferson Keenan received his undergraduate degree in philosophy and his law degree from the University of Arizona (summa cum laude). Mr. Keenan was an Articles Editor of the Arizona Law Review. In addition, Mr. Keenan was elected Phi Beta Kappa and Order of the Coif. He is a recipient of the University Scholarship Award and the Charles E. Ares Fellowship. Mr. Keenan served as clerk to Vice Chief Justice Stanley G. Feldman of the Arizona Supreme Court. His publications include: "Non-Evidentiary Use of Compelled Testimony and the Increased Likelihood of Conviction," 32 Arizona Law Review 173 (1990); "Entrapment Targets and Tactics: Jacobson v. United States," 29 Criminal Law Bulletin 241 (1993); "Dual Sovereigns, Successive Prosecutions, and Politically Correct Verdicts," 31Criminal Law Bulletin 291 (1995); “Impeaching A Cooperating Witness,” The Federal Lawyer, (November-December, 2002). Mr. Keenan serves as the legal research, motion and appellate coordinator for the criminal defense section. He is admitted to practice before the United States Supreme Court, Ninth Circuit Court of Appeals, United States District Court for the District of Arizona and all Arizona state courts. Mr. Keenan is a member of the Appellate Practice Section of the State Bar of Arizona, the National Association of Criminal Defense Lawyers and Arizona Attorneys for Criminal Justice. He is an AV rated lawyer by Martindale-Hubbell and has been selected by peer review to be listed in the Best Lawyers in America. 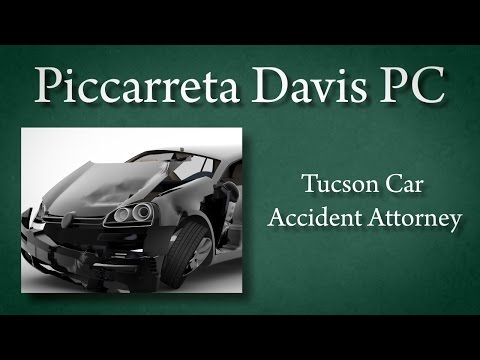 http://www.pd-law.com Car accidents happen every day, but it is terrifying when it happens to you. In the aftermath of a car accident, you could have to deal with: Physical Injuries Medical Bills Loss of...