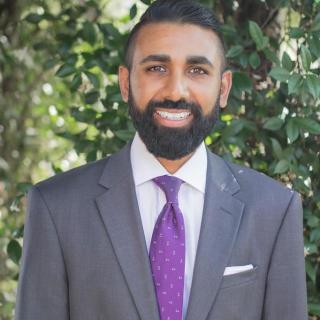 Jay Patel is a Former Prosecutor and a Former Law Enforcement Officer with the Okaloosa County Sheriff’s Office. After Jay was admitted to the Florida Bar, he served as a prosecutor in Okaloosa and Walton Counties from 2013 to 2017. As an Assistant State Attorney, he spent years prosecuting thousands of crimes ranging from misdemeanors to felonies, some punishable by life in prison.

Jay achieved success in prosecuting criminal cases that were before a jury, a judge, and the appellate court. Despite his success as a Florida Prosecutor, Jay decided it was time for a change. Thus, in 2017, Jay went from Florida Prosecutor to Florida Criminal Defense Attorney.

Since becoming a Florida Criminal Defense Lawyer, Jay works tirelessly to protect his client’s Constitutional rights, ensuring that each of his clients understand the process, as well as making sure they are not abused by the Florida Criminal and Court Systems.

If a case must go to trial, Jay is ready. His success as a Criminal Defense Attorney is validated by his record of “Not Guilty” verdicts in criminal jury trials, as well as complete charge and case dismissals.

Jay’s practice is devoted to solving problems, with a keen focus on Criminal Defense. If you have found yourself on the wrong side of the law, you are not in this alone. The first step is to contact Jay Patel, schedule a free consultation, and let him fight for you.