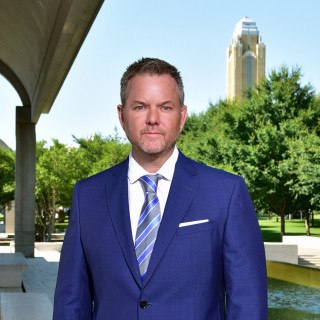 Jason Stephens is the founder of Stephens Law. Mr. Stephens handles cases involving serious personal injury, wrongful death, 18 wheeler wrecks, auto accidents, oil field injuries, brain injuries, and other life changing and catastrophic injuries. He has been named a "Texas Super Lawyer" by Thomas Reuters (2004-present), selected to the "Top 100 Super Lawyers" in all of Dallas/Fort Worth by Thomas Reuters (2017, 2018), voted as a "Top Attorney" for Personal Injury cases by Fort Worth, Texas magazine (2003-present), named to the Million Dollar Advocates Forum and Multi-Million Dollar Advocates Forum, rated as an AV® Rated Lawyer (the highest rating achievable by Martindale-Hubbell), rated 10.0 by AVVO (the highest rating available), and selected to the prestigious American Board of Trial Advocates.

One of his prouder professional accomplishments was settling a massive clergy sexual abuse case in Oklahoma City wherein he obtained a highly confidential monetary settlement for five young girls. But, more importantly, Mr. Stephens forced the national church entity to make a litany of changes throughout the U.S. and Canada to protect children in its churches and to help ensure this kind of abuse never occurs again.

Mr. Stephens is licensed in Texas, Oklahoma and Colorado.

“One of the Nation’s Leading Plaintiff’s Lawyers,”
Lawdragon Publishing

Member
American Board of Trial Advocates

Texas Trial Lawyers Association
Member of the Board of Directors
Current

Motorcycle Accidents in Fort Worth, TX

When Do You Need to Hire A Car Accident Lawyer?
The legal blog of Stephens Law
March 27, 2020

Watch our firm's brand video to see what sets us apart!

Watch our client testimonial video to see what clients say about Stephens Law!

Q. Can I file a civil suit against a bar that over served, and resulted in the death of my brother?
21 February 2020
A: I'm very sorry to hear about your brother. Yes, your mom my indeed have a claim if it can be proven that your brother was over served and obviously intoxicated. One way to perhaps prove this is to get a copy of your brother's credit card charges from that evening. If he was putting the drinks on his credit card, then there will be a paper trail. From there, you can make an estimate as to the number of drinks he was served. Likewise, you would want to talk to any friends that were with him to see what information they can add. You can also considering filing a complaint with the TABC at https://www.tabc.state.tx.us/enforcement/complain_about_a_location.asp and the TABC website also allows you to seek and obtain public information available on a particular establishment. I hope that helps and gives you some direction. As always, feel free to call us for a more in depth free consultation. Again, I'm sorry for you loss.