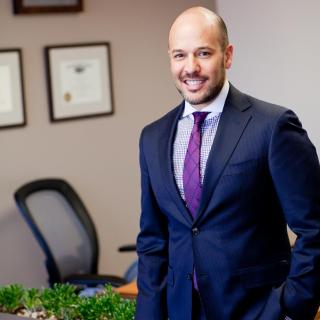 Mr. Márquez has been practicing law since 2008, almost exclusively in family law. However, he has and continues to work in criminal defense. Mr. Márquez brings a fresh perspective to Law School Yes We Can, with an extensive background in the corporate world where he provided operational, technical, management, finance, and legal support to several corporations. Mr. Márquez acquired a BA from Westmont College where he double majored in Economics & Business and Physics. He went on to acquire an MBA from the University of Colorado at Denver with an emphasis in change management. He acquired his Juris Doctorate from the Denver University Sturm College of Law in 2007 where he was awarded the Outstanding Student Attorney Award and the Student Leadership Award. Mr. Márquez is a Colorado native who grew up in a single parent home. He has a great appreciation for the plight of his clients who separate and go on to be single parents. He advocates for and stands by his clients no matter what, but remains steadfast and conscientious of the issues in his cases. Mr. Márquez is extraordinarily efficient and mindful of his clients’ goals and resources at all times. Mr. Márquez is an analytical, organized and compassionate attorney who is devoted to diversity, family values and most of all meticulous preparation for all stages of his cases. He is a careful and appropriately empathetic listener with outstanding interpersonal skills. Mr. Márquez began as an associate in a mid-size family law firm and through his hard work and dedication, was promoted to senior associate not too long thereafter. He went on to contribute significantly to the firm’s mentor program and pioneered the use of iPads in the Courtroom. His office is almost entirely paperless. Mr. Márquez became a senior partner in the firm in early 2014 and is fully committed to the firm’s mission in helping his clients start over.