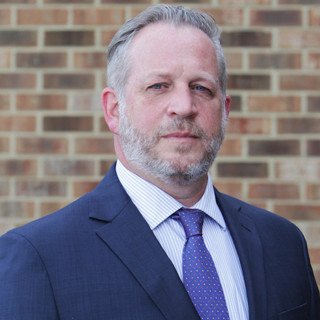 Jason was raised in the Great Bridge area of Chesapeake and attended Great Bridge High School. After graduation he went to Old Dominion University, getting a bachelor’s degree in English Literature. Following college, in 1994 Jason began working as a Deputy at the Chesapeake Sheriff’s Office. In 1997 he decided to attend law school and graduated in 2000 from The University of South Dakota Law School.

Returning home, Jason’s first job in the legal field was for the Virginia Legal Aid Society in Suffolk, where his practice focused on landlord/ tenant issues and disability claims. He went on to the Chesapeake Commonwealth’s Attorney’s Office when an opening came available and during his eight years in that office, Jason focused his time on prosecuting DUI charges, drug & gun offenses, and civil forfeiture cases.

Jason transitioned to private practice becoming a partner at Shilling, Pass, and Barlow. In 2021, he was enticed to join Parks Zeigler’s growing criminal practice as a partner in its Chesapeake office, moving into the firm’s newly renovated office a block from the courthouse.