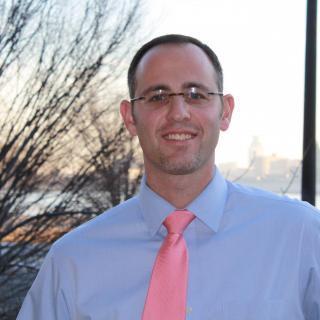 Attorney Jared A. Jacobson, Esq. is a member of The Law Firm of Jacobson & Rooks, LLC, and specializes in Labor and Employment Law, Whistleblower/Qui Tam cases, Restrictive Covenant matters, Healthcare Law, Business/Finance Law, Commercial Real Estate and Sports & Entertainment matters. Mr. Jacobson has experience litigating cases in federal and state courts, as well as at administrative agencies and is licensed to practice in Pennsylvania, New York and New Jersey. Mr. Jacobson regularly works with whistleblowers in the healthcare industry involving healthcare fraud and various other types of fraud committed against the federal and state governments, as well as whistleblowers in the financial industry involving claims under the Sarbanes-Oxley Act of 2002 ("SOX"), the Dodd-Frank Consumer Protection Act ("Dodd-Frank") and before the Securities and Exchange Commission ("SEC"). Besides Mr. Jacobson's experience representing whistleblowers in Qui Tam/False Claims Act cases, Mr. Jacobson has extensive experience representing employees who have been discriminated against in violation of the Family and Medical Leave Act ("FMLA"), Title VII of the Civil Rights Act of 1964 ("Title VII") and various state equivalents. In conjunction with representing victims of discrimination due to "blowing the whistle" or complaining about the discrimination suffered, Mr. Jacobson represents individuals who have been retaliated against as a result of "speaking up". Mr. Jacobson also regularly counsels physicians in connection with their physician employment agreements as well as physician partnership documents. Finally, Mr. Jacobson provides general business/finance, real estate, transactional and employment law counsel in connection with his general counsel services offered to small and mid-sized businesses. Prior to co-founding The Law Firm of Jacobson & Rooks, LLC, Mr. Jacobson was a Member of Jared Jacobson Law, LLC, worked at Sidley Austin LLP and Moses & Singer L

Board of Advisors for the St. John's Center for Labor and Employment Law
Board Member
Current

"We'll Be Your Lawyers"

"We'll Be Your Lawyers" is based on Lorde's "Royals." The Firm's music video draws attention to Medicare fraud in an entertaining way. It's set to a popular tune, with catchy lyrics which will inform you about Medicare fraud, and how to collect significant cash compensation for being a whistleblower.