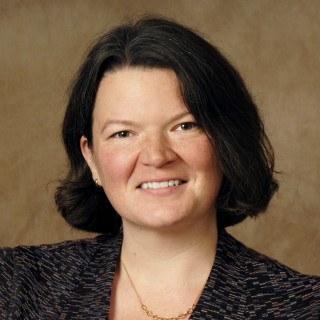 Janet has proven herself to be a trusted advisor to her clients, helping businesses, families and students navigate the immigration system. Janet can help your family come together through the green card or visa process, including fiancé visas, immigrant visas, adjustment, and citizenship processes. She helps international students transition from studying to working in the US. She also helps businesses build new locations in the US and retain talented people from around the world. Janet has experience preparing clients for interviews and hearings, handling denials, notices of intent to deny, requests for evidence and other problems that can arise in immigration. Janet focuses her on practice immigration law, so she is very familiar with a variety of immigration specific issues.

Janet trained with Diane Chappell-Daly, who practiced immigration law in Central New York for over 25 years. Janet now has the distinction of being named a Super Lawyer's Rising Star in the field of immigration for four years in a row. She was selected as a 40 Under 40 Honoree in 2016.

Rising Star
Super Lawyers
2019
Janet has been selected as a Super Lawyer's Rising Star in the field of immigration law from 2016 through 2019.

40 Under Forty
CNY Business Journal
2016
40 Under Forty recognizes 40 ambitious, hard-working, civic-minded individuals, who are under the age of 40. These individuals have excelled in the workplace and in the community. This group demonstrates diverse backgrounds, experiences and skills; they thrive on active community involvement and appreciate the importance of their role in advancing public good.