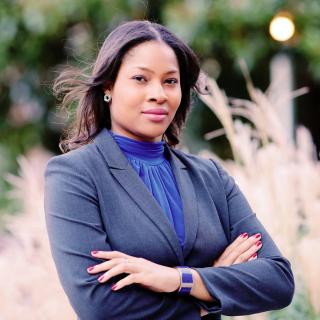 Before opening the Law Office of J. D. LeCruise, Jamilah LeCruise served as an Assistant Public Defender for the City of Norfolk, handling hundreds of criminal cases. She zealously defended clients charged with a variety of criminal offenses including traffic crimes, misdemeanors, felonies, and probation violations. From larceny and drug possession to burglary and firearms offense, Ms. LeCruise has experience in bench and jury trials. Over the years, she has established a strong reputation as a fierce advocate for her clients and has earned the respect of her peers and members of the judiciary. Ms. LeCruise graduated with honors from the University of Richmond with a Bachelor of Arts degree in Political Science and then attended William & Mary School of Law where she earned her law degree. During her time at William & Mary, she volunteered abroad with a human rights organization in Ghana, traveling to villages for educational programs and participating in juvenile defense. Ms. LeCruise interned at the Legal Aid Society of Eastern Virginia in Williamsburg where she worked on family law matters. In addition, she interned at the Office of the Capital Defender in Richmond, assisting in the defense of individuals charged with death penalty offenses. After graduating from William & Mary, Ms. LeCruise worked as a Magistrate Attorney for the Office of Executive Secretary of the Supreme Court of Virginia where she served as a judicial officer. Currently, Ms. LeCruise is a member of the Norfolk Portsmouth Bar Association, the South Hampton Roads Bar Association, the Virginia Women Attorneys Association, and the Virginia Association of Criminal Defense Lawyers. She has received the Virginia State Bar Young Lawyers Conference Significant Service Award, has received the highest ranking from Avvo, and has been rated a Top Contributor in Criminal Defense by Avvo.