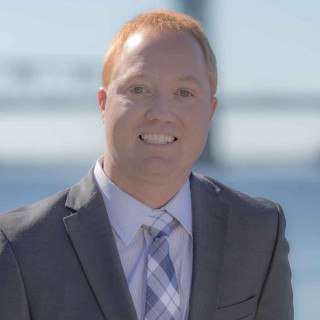 James Moore is a true Wilmington native. His parents, who own a construction company, have been building in the area for decades. A graduate of Hoggard High School, James decided to stay close to home and attend the University of North Carolina at Wilmington.

While an undergraduate, James kindled a passion for law by taking a part-time job at Shipman & Wright as an office clerk. After earning his degree in business administration in 2003, James became a paralegal at the firm, and two years later entered Campbell University School of Law where he received numerous awards and honors.

Upon graduation, James returned to his Wilmington roots and rejoined the Shipman & Wright team as an attorney. James focuses his practice in the areas of Personal Injury, Wrongful Death, Business Litigation, Construction Litigation and Mass Torts in both the state and federal courts.

James’ impact as a lawyer and professional hasn’t gone unnoticed. He has been recognized by his peers as a “Super Lawyer Rising Star” in the legal profession and is also ranked as one of the Top 40 Lawyers under the Age of 40 by the National Trial Lawyers. James was recently recognized as one of the Top 10 Attorneys under the Age of 40 in North Carolina by the National Academy of Personal Injury Attorneys.

James is also a registered Athlete Agent in North Carolina and a certified contract advisor for the NFL. He has represented and advised numerous professional athletes in contract negotiations and litigation matters.

James is married to his beautiful wife, Rebekah. Outside of the office, James enjoys traveling, sports and spending time with his family.