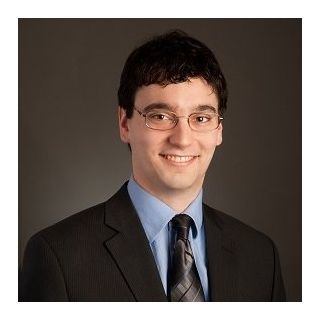 James was born in Mississauga, Ontario. In middle school, he moved to Coppell, Texas, where he completed high school. He returned to Canada to complete his Bachelor's Degree in Business Administration at Trent University in Peterborough, Ontario in 2006. It was there that he met his wife, Brandi Baldock. They met playing hockey together on a co-ed intramural team.

James went to law school at the University of Oregon, earning his Juris Doctorate in 2009. At UO, he gained a lot of practical experience from his externship with Judge Carp at the Lane County Circuit Court, and internships at the Domestic Violence and Legal Aid Clinics. It was during this time that he witnessed first hand how crucial it is for clients to have competent representation in court. Many times, he witnessed cases being lost by people who opted to represent themselves. He played a critical role in helping women get badly needed restraining orders. He perfected his legal writing and research skills performing academic research for Professor Merle Weiner.
From 2009-2012, James worked as a staff attorney for Legal Aid Services of Oregon in Albany, Oregon. He appeared in court for countless restraining order cases, custody hearings, guardianship cases, and landlord tenant proceedings. He also represented clients in several divorce cases. He thereby became a skillful and experienced litigator. During this time, he also acted as Vice President for the Linn-Benton Bar Association. He was responsible for maintaining their website and planning social and networking activities.

James was the lead attorney for the new Eugene/Springfield branch of the Tarascio & Del Vecchio law firm, which later became Modern Law. During his employment, he was the only attorney at the firm who practiced Oregon law. He therefore acted as his own mentor and supervisor.

Lead Attorney
Modern Law
2012 - 2012
At Modern Law, I was the sole attorney in the Oregon office. I helped this successful law firm expand into the Oregon area.

Staff Attorney
Legal Aid Services of Oregon
2009 - 2012
As a staff attorney at a legal aid office, I had a large caseload and represented clients in a number of fields.