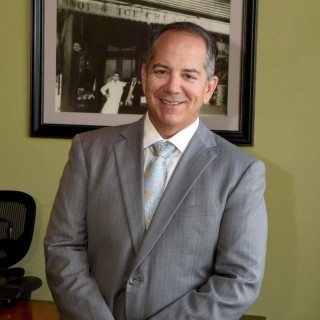 Jim Spiros is known to all as an experienced litigator, having earned his J.D. from The John Marshall Law School, who fights for those who need it most in cases involving workplace injuries, serious traffic and trucking accidents, defective drugs and devices, medical negligence, wrongful death, and nursing home neglect and abuse. Not only has Jim been consistently named one of the Leading Lawyers in the State of Illinois by the Chicago Daily Law Bulletin consistently since 2003, every year since 2018 he has been named an Illinois Super Lawyer. When Jim is away from his office at Spiros Law, where he is the founding partner, he enjoys spending time with his wife, Stephanie, and their two sons.

Choice of Law Questions: An Ever Evolving Doctrine
Trial
2000

Prepping Your Damages Evidence, Getting Ready for Trial Seminar
May 10, 2011

Get to know founding partner, Jim Spiros, and his perspective on being passionate about helping and caring for others.

If you have been in an accident or injured due to someone else's negligence, contact an experienced Kankakee personal injury lawyer from Spiros Law, P.C. by calling (815) 929-9292.