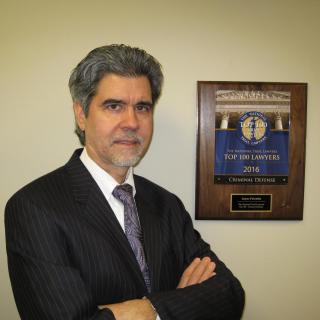 I began my career as an Assistant District Attorney in Bronx County in 1983. While in the District Attorney’s office I was a member of the Gun Unit, Robbery/Attempted Murder Unit, and was promoted to the Homicide unit after four years in the office. I tried numerous homicide cases as a prosecutor and was again promoted to a supervisor and again to Deputy Bureau Chief of the Grand Jury Bureau in charge of overseeing the presentation of homicide cases to the Grand Jury. In 1994 I went into private practice devoted exclusively to criminal law. As a criminal defense attorney I have tried and won acquittals on Murder, Robbery, Rape, Assault, Narcotics and prostitution cases. I am a member of the New York County Assigned counsel Felony and Homicide Panels. I am a member of the New York County Bar Association and on their legal referral criminal panel. I have been a guest commentator on Court TV on several occasions. My Practice is devoted exclusively to all aspects of criminal law both State and Federal Courts.