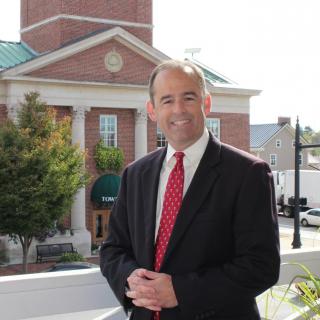 James A. Dearie has been a practicing attorney since 1993.  He has represented clients in civil, criminal, and traffic cases at all levels of the Ohio court system, including the Ohio Supreme Court.   He is an active member of the Ohio State Bar Association, the Warren County Bar Association, and the Ohio Association of Criminal Defense Lawyers. Jim was born and raised in Atlanta, Georgia.  In 1990, he graduated with honors from the University of Notre Dame, with a BA in Economics.  In 1993, he graduated with honors from the University of Georgia School of Law.  After graduating law school, Jim served a one-year clerkship with a U.S. District Court Judge in Montgomery, Alabama.  He then served four years in the U.S. Army as a Captain in the Judge Advocate General’s Corps at Fort Leonard Wood, Missouri. Upon leaving the Army in 1999, Jim went into private practice, representing business and individual clients throughout southwestern Ohio.  He currently serves on the executive committee of the Warren County Criminal Justice Board, and has recently served on the respective boards of directors for the Elizabeth’s New Life Center and the Mary, Seat of Wisdom, High School Studies Group, Inc.

What to Expect When You Need a Lawyer, St. Francis de Sales, Lebanon, OH
November 14, 2011
Knights of Columbus Council 1440 Meeting