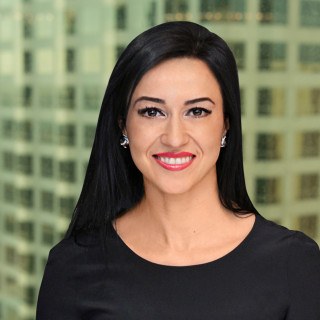 Having immigrated to the United States in 1992 as an Armenian refugee, Ms. Antonyan is fluent in English, Russian, and Spanish, and is collaterally licensed as a real estate broker, and also obtained Series 7 and 66 securities licenses. Ms. Antonyan focuses her practice exclusively on family law matters, specializing in high-net worth cases and those which generally involve complex areas of law and litigation. Given her diverse cultural background, Ms. Antonyan regularly represents international businesspersons and large marital estates with an international nexus. Prior to co-founding Antonyan Miranda, Ms. Antonyan managed her own successful family law and civil litigation practice, where she achieved multi-million dollar jury verdicts on behalf of her plaintiff clients.

Concurrent to the practice of law, Ms. Antonyan teaches as an Adjunct Professor of Family Law at California Western School of Law, and also volunteers as a Judge Pro Tem in both the Family Law and Small Claims divisions of the San Diego Superior Court. Ms. Antonyan previously served three years as a Director for the San Diego County Bar Association's Board of Directors, from 2012 through December 2015. Ms. Antonyan also speaks at various CLE and legal seminars.