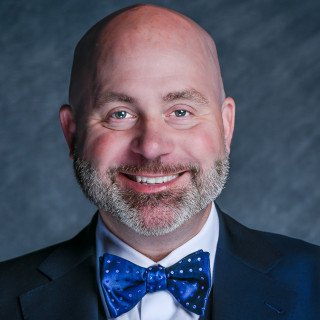 Ian Friedman is a partner at the law firm of Friedman & Nemecek, L.L.C., based in Cleveland, Ohio. He has earned a fierce reputation for successfully defending individuals and organizations in complex criminal and white collar matters. He is a frequent author and lecturer on matters related to criminal justice. He represents individuals and entities across the United States and has served as counsel in Europe, Asia, and South America.

Ian is the current President of the Cleveland Metropolitan Bar Association, and past-President of the Ohio Association of Criminal Defense Lawyers. He was the first lawyer to be named its “Lawyer of The Year.” Ian was the driving force behind the overhaul of Ohio’s Criminal Rule 16. As a result of this effort, all state criminal cases now operate with greater transparency in what has become known as the “Open Discovery” system. In recognition of this accomplishment and his dedication to the legal profession, the Supreme Court of Ohio and Cleveland City Council honored him for the systemic change to the criminal justice system.

Ian is a Fellow of the American Board of Criminal Lawyers and served as President in 2018. He serves as an Adjunct Professor at the Cleveland-Marshall College of Law since 2006, where he teaches Cybercrime. Mr. Friedman has been routinely named in the “Best Lawyers in America”, Ohio Super Lawyers, National Trial Lawyers, and Inside Business Magazine as a leading criminal defense lawyer.

The Best Firms in America, Tier I Ranking
Best Lawyers in America
2019

“Lawyer of The Year” for Criminal Defense: General Practice
Best Lawyers in America
2019

The Best Firms in America, Tier I Ranking
Best Lawyers in America
2018

The Best Firms in America, Tier I Ranking
Best Lawyers
2017

Lawyer of the Year
Ohio Association of Criminal Defense Lawyers
2011

American Board of Criminal Lawyers
Board of Governors
2013 - 2016

Cleveland-Marshall College of Law
Board of Trustees, Continuing Legal Education
2009 - 2012

Cleveland-Marshall College of Law, Alumni Association
Board of Trustees
2006 - 2012

Ohio Association of Criminal Defense Lawyers
Board of Directors
2006 - 2007

Family Transitional Housing
Board of Directors
2001 - 2004

‘Your Honor, We Next Call to the Stand in Taiwan … ’: Videoconferencing & the Confrontation Clause
Attorney at Law Magazine
September, 2016

What You Should Know About Ohio's DNA Testing
Law You Can Use
August, 2010

Sexual Offenders: How to Create a More Deliberative Sentencing Process
The Champion
December, 2009

Child Pornography Sentencing: The Road Here and The Road Ahead
Federal Sentencing Reporter, Vol. 21, No. 2
December, 2008

Basics of a Criminal Defense Practice
Yo! Cleveland
February, 2006

The Art of Trial: Pushing Back Against The Challenges From the Bench, 40th Annual Meeting
June 2017
North Carolina Association of Defense Attorneys

Hot Topics, Where Are We Going? The Future of Blockchain and IoT
November 2018
Cleveland Metropolitan Bar Association

State of the Court Program
May 2021
Cleveland Metropolitan Bar Association

"We the Jury Find the Defendant to Be the Victim: The Path to Acquittal in the Sex Case "Cross Examining the Child Sex Case Witness", Pensacola, Florida
Alabama Association of Criminal Defense Lawyers
June, 2012

Battle of the Experts Seminar, Effective Use of Experts: A View from the Bench, Cleveland, Ohio
National Association of Criminal Defense Lawyers
Apri1, 2012

Fair Discovery: The New Rule 16- Now that it is Here, How Should it Work?, Superstar Seminar, Columbus, Ohio
Ohio Association of Criminal Defense Lawyers
October, 2010

Finding and Presenting Evidence in the Age of Technology, Evidence and Technology, Cleveland, Ohio
Cleveland-Marshall College of Law
October, 2010

Implications of Emily's Law for Pharmacists: How to Avoid the Criminal Pitfalls, Cleveland, Ohio
Northern Ohio Academy of Pharmacy
February, 2012

Lessons and Thoughts to Share from My Career, Spring Seminar, Columbus, Ohio
Ohio Association of Criminal Defense Lawyers
May, 2011

Strategic Use of Media in Your Case, Ohio Juvenile Defender Leadership Summit, Ohio
May 14, 2020

Dealing with the Media to The Advantage of Your Client, DUI Defense Lawyers Association, Washington, D.C.
April 2020

Were Are We Going? The Future of Blockchain and IoT, Hot Topics, Cleveland, Oh
November 2018
Cleveland Metropolitan Bar Association

The Role of Electronic Evidence in Criminal Defense
Cleveland-Marshall College of Law
December, 2006

Charges in State and Federal Court

Distribution and Possession of Child Pornography

Should I Talk to the Police

The Seriousness of Sexual Offenses

What is a Subpoena

What is an Arraignment

What is an Indictment

No Decision yet on Whether Haslam will testify