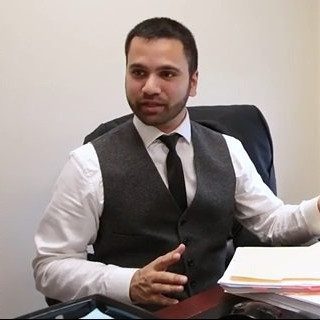 Hasan Abdullah was born in Toronto, Canada, and has been living in the United States since 2000. He received his Juris Doctorate (JD) degree from Santa Clara University (SCU) School of Law, and has held membership in the American Immigration Lawyers Association (AILA) since 2008.

In 2005, while studying at SCU, he interned at their community law center and focused on family-based immigration, VAWA petitions, political asylum, and criminal victim (U-Visa) cases.

Since 2008, he joined a full-service immigration law firm for nearly seven years, and was quickly promoted to manage and train the staff of attorneys and paralegals. While practicing he has prepared/managed over two thousand cases and mentored four attorneys and nearly a dozen paralegals. He hosts a regular immigration advice radio show on 1170AM KLOK, was the first immigration attorney to be awarded the Lawyers in the Library 2012 Volunteer Merit Award by the San Jose Pro Bono Project, and founded his own firm in 2014.

Deportation if Unlawfully Present After Denial and Denials Without RFEs

Deportation if Unlawfully Present After Denial and Denials Without RFEs