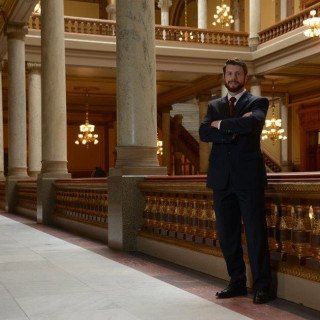 Graham has a multi-dimensional practice. In the governmental-services area, he assists government units with a wide range of issues—from competitive bidding and open-door-law compliance to land use issues and eminent domain proceedings. He has advised government clients at the state, county, and town levels.

In terms of litigation, Graham’s practice includes complex civil trial and appellate work in both state and federal courts. From plaintiff’s personal injury matters, and insurance coverage disputes, to breach-of-contract and real property issues, Graham has broad base of litigation experience. He has briefed cases in state trial courts, federal district court, Indiana Court of Appeals, Indiana Tax Court, and Indiana Supreme Court. He has also engaged in certiorari-stage briefing in the Supreme Court of the United States. Graham has argued before the Court of Appeals of Indiana and has civil jury trial experience.

Graham has been selected for inclusion in the 2018, 2019, and 2020 Indiana Super Lawyers® Rising Stars list. He is an Eagle Scout and former college wrestler. A four-year letter winner, Graham was awarded Academic All-American honors, deemed Wabash College’s most improved wrestler in 2011, and selected by his teammates to receive the Max Servies Award for demonstrated leadership.

Rising Star
Super Lawyers
2018
Only a few attorneys from each state are selected to Super Lawyers designation for any given year. The multi-factor selection process includes independent research, peer nominations and evaluations, as well as professional achievement in legal practice.

Piracy in Somalia: A legal analysis concerning the prosecution of pirate negotiators and pirate facilitators under the current US and International framework
Indiana International and Comparative Law Review
2014