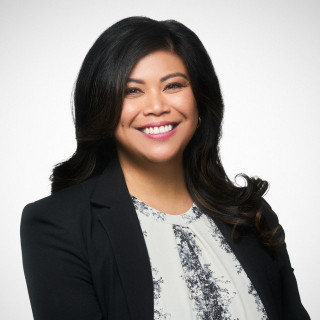 GIVELLE LAMANO is an Oakland DUI & Criminal Defense Attorney who truly cares about her clients. She has represented people from all walks of life from gang members appealing their life sentences to corporate executives who have never been arrested. She is licensed in both state and federal courts and has served as a court appointed attorney for the Alameda County Bar Association, taking on cases when the public defenders office was unable to do so.

Ms. Lamano received the Super Lawyer Rising Star award in 2017 for her professional achievement and peer recognition. She ranks in the top 2% of over 65,000 attorneys. She received the Client’s Choice award with Avvo for multiple years and has a 9.0 ranking. She is the only attorney in Alameda County with over 100 five-star ratings on Yelp and also maintains the same five-star level with Google reviews.

Ms. Lamano takes a more holistic approach to understand why a person was arrested in the first place. By doing this, she highlights the good traits in people who find themselves in a bad situation. She then uses that information to present her clients in the most positive light when negotiating deals in court. Ms. Lamano does not believe one bad act should ruin a person’s life or define who they are. At Lamano Law Office, the goal is simple - get the charges dismissed and help clients avoid legal trouble in the future.

Co-Founder
Three Strikes Justice Center
2012 - 2017
The Three Strikes Justice Center is a non-profit organization focused on alleviating the overcrowding of prisons through Proposition 36, also known as the Three Strikes Reform Act. Our attorneys represent prison inmates currently serving life sentences in petitioning the courts for early release. We help inmates begin a new chapter in their lives because we don’t think a life-sentence is fair for the elderly or those charged with non-violent offenses. We understand the process of transformation for inmates who have spent their lives behind bars and advocate for second chances and new beginnings. For more information, visit www.ThreeStrikesJusticeCenter.com

Philanthropic Educational Organization Award
Philanthropic Education Organization
2008
P.E.O. Scholar Awards are one-time, competitive, merit-based awards for women of the United States and Canada who are pursuing a doctoral level degree at an accredited college or university. In addition to recognizing and encouraging excellence in higher education, these awards provide partial support for study and research for women who will make significant contributions in their varied fields of endeavor. Priority is given to women who are well established in their programs, study or research.

The Importance of tech support and remote support services in a business’ success
Forbes
September 17, 2021

Handling first California DUI case (2021 Edition)
December 7, 2021
Federal Bar CLE
Driving Under the Influence is a unique type of crime – usually coming with its own courtroom, assigned judge, and special sentencing. This presentation will discuss analyzing, admitting, and objecting to the evidentiary tests. It also discusses the point at which alcohol is ingested, how long it takes to cross the blood-brain barrier and begin intoxication, to excretion in the urine. Blood and breath testing are a common way to measure and prove blood alcohol concentration levels in court.

Military Diversion offers veterans a second chance when they find themselves entangled in the criminal court system. It is a program for current, or former members, of United States Military charged with misdemeanor crimes. Lamano Law Office identifies the specific needs of our clients and addresses those needs with the court. If you, or a loved one, is a veteran, it may be wise to participate in the program. Call us for a complete and honest evaluation of your case. #militarydiversion #usmilitary #veterans #memorialday #lawfirm #criminaldefense #allwomenlawfirm #lamanolawoffice #LLO #lawyerup #fightyourcase #misdemeanor #felony #court #DUI #DWI #bayarea #oakland #contracosta #alameda #richmond #vallejo #sanfrancisco #hayward #dublin #fremont #contracosta #martinez #richmond visit us at Oakland Criminal Defense Attorney | 5-Star Rated Bay Area DUI Lawyer https://ecs.page.link/WL3an or call us (510) 852-0750 or (925) 495-0707

What Happens When You Get A DUI Under 21 California?

If you are under the age of 21 and your blood alcohol content (BAC) is found to exceed .01%, you will be arrested for DUI. What do you do next? #lawfirm #criminaldefense #allwomenlawfirm #lamanolawoffice #LLO #lawyerup #fightyourcase #misdemeanor #felony #court #DUI #DWI #bayarea #oakland #contracosta #alameda #richmond #vallejo #sanfrancisco #hayward #dublin #fremont #contracosta #martinez #richmond visit us at www.LamanoLaw.com or call us (510) 852-0750 or (925) 495-0707

A motion to seal your arrest record is a way for your criminal defense attorney to try to clear your public record so that when people search your record, they don't see an arrest was made. #lawfirm #criminaldefense #allwomenlawfirm #lamanolawoffice #LLO #lawyerup #fightyourcase #misdemeanor #felony #court #DUI #DWI #bayarea #oakland #contracosta #alameda #richmond #vallejo #sanfrancisco #hayward #dublin #fremont #contracosta #martinez #richmond visit us at www.LamanoLaw.com or call us (510) 852-0750 or (925) 495-0707

Can a DUI Be A Felony?

A DUI can be classified as a felony in a couple of different scenarios. For example, if driving under the influence caused an injury to another person, it is considered a felony, and you will need a criminal defense lawyer on your side. In addition, if you have been charged and convicted of three DUI offenses prior to the current charge, you are facing a potential felony charge. If you or someone you know is facing a felony DUI, call Lamano Law Office so we can get you the best results. #lawfirm #criminaldefense #allwomenlawfirm #lamanolawoffice #LLO #lawyerup #fightyourcase #misdemeanor #felony #court #DUI #DWI #bayarea #oakland #contracosta #alameda #richmond #vallejo #sanfrancisco #hayward #dublin #fremont #contracosta #martinez #richmond visit us at www.LamanoLaw.com or call us (510) 852-0750 or (925) 495-0707

How Do I Get A Copy Of My Police Report?

How Do I Get A Copy Of My Police Report?

What is the punishment for first time DUI?

What happens at a DMV hearing?

When you've been arrested for a DUI, you will have a special hearing with the DMV where they can take away your driving privilege. This is separate from what the court does. A trained and skillful defense attorney can take you into this suspension hearing and argue on the facts about the arrest, possibly getting the suspension reversed or rescinded, and even setting the stage for its complete dismissal. Do yourself the favor of getting an attorney. #lawfirm #criminaldefense #allwomenlawfirm #lamanolawoffice #LLO #lawyerup #fightyourcase #misdemeanor #felony #court #DUI #DWI #bayarea #oakland #contracosta #alameda #richmond #vallejo #sanfrancisco #hayward #dublin #fremont #contracosta #martinez #richmond visit us at www.LamanoLaw.com or call us (510) 852-0750 or (925) 495-0707

What To Expect On Your First Court Hearing

One of the most common questions that people ask us is, what can I expect on my first court date? The simple answer is that there are three possibilities....

What are the Different Types of Theft Charges?

What are the Different Types of Theft Charges? http://www.lamanolaw.com/stealing-theft/

What Steps Should I Take When Facing Domestic Violence Charges?

Having a domestic violence conviction without the help of a criminal defense lawyer can have serious consequences in your life. Let the expert criminal defense attorneys at LLO help ease the burden of these charges. Call us for an honest evaluation of your case. #lawfirm #criminaldefense #allwomenlawfirm #lamanolawoffice #LLO #lawyerup #fightyourcase #misdemeanor #felony #court #domesticviolence #battery #assault #bayarea #oakland #contracosta #alameda #richmond #vallejo #sanfrancisco #hayward #dublin #fremont #contracosta #martinez #richmond visit us at www.LamanoLaw.com or call us (510) 852-0750 or (925) 495-0707