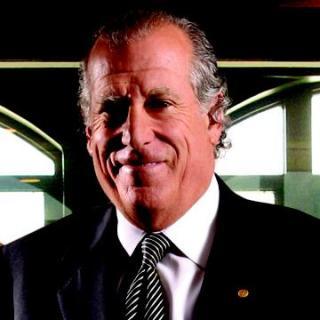 Gerald “Gerry” Harris Goldstein is a nationally known and respected defense lawyer and Past President of both the National Association of Criminal Defense Lawyers and the Texas Criminal Defense Lawyers Association. He is listed in The Best Lawyers in America and Texas Lawyer’s Legal Legends, has been profiled in numerous publications, has served as an adjunct professor of law at University of Texas School of Law in Austin and at St. Mary’s University School of Law in San Antonio, and is a fellow in the American Board of Criminal Lawyers, American College of Trial Lawyers and the International Academy of Trial Lawyers. Goldstein is nationally renowned for his brilliant criminal defense advocacy and extraordinary skills as a lecturer. A 1991 recipient of the Rober C. Heeney Memorial Award from the NACDL, he served as amicus curiae for the NACDL in many high-profile cases, including CNN v. Manuel Noriega (1990), opposing network broadcasting of government tapes of Noriega’s conversations with his attorneys; and Joe Does v. United States (1994), arguing that lawyers should not be required to disclose the identity of cash-paying clients on IRS forms. His congressional testimony during the 1996 House Waco hearings is credited with helping to turn the tide against further suppression of citizen’s rights in America. Goldstein served as President of the NACDL from 1994-1995. Goldstein previously served as President of the Texas Criminal Defense Lawyers Association from 1992-1993. In 2002, he received the high honor of induction into the Texas Criminal Defense Lawyers Hall of Fame.

Who’s Who in American Law
Marquis Who’s Who
2006

University of Texas School of Law
Dean Round Table
1989 - Current

How is assault defined under the Texas Penal Code?
November 19, 2016

Board Certified, Criminal Law, 1975
Texas Board Of Legal Specialization

Board Certified, Criminal Appellate Law, 2012
Texas Board Of Legal Specialization