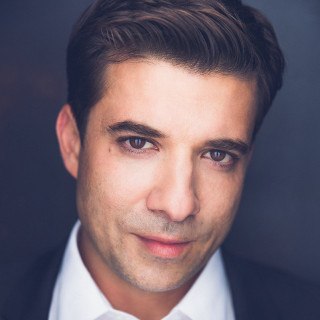 George Benaur, the founder and owner of the firm, was born and raised in Moscow, Russia (former Soviet Union) and then immigrated to the United States in 1988. He received his B.A. in English from Lafayette College in 1999, professional degree in acting from the London Academy of Music and Drama in 2000, and his J.D. from the Benjamin N. Cardozo School of Law in 2004. George has been selected to New Jersey and New York Super Lawyers®.

Mr. Benaur specializes in serving as general counsel for international businesses, and in domestic and international business litigations. He is a recognized trial advocate, speaker and writer. He represents clients worldwide in litigations, general counsel matters and investigations. George has served as lead counsel on many of the significant and complicated civil litigations both domestically and internationally. He regularly handles unique matters calling for the creative, sensitive and artful resolutions and works with a network of trusted counsel around the world, especially in Russia and the United Kingdom to offer global solutions to his clients.

Benaur has extensive experience representing individuals and international corporations in corporate transactions, investments, compliance matter, as well as complex litigations, pre-litigation dispute resolution, investigations, and contract drafting and negotiation, both domestically and internationally. He has had back-to-back successes in a broad range of high-stakes cases. For example, George was co-counsel in the representation of BAE Systems Controls in a high-profile bankruptcy of A123 Systems Inc. in Delaware, resulting in $28.5 million valuation of the client’s proof of claim, successful negotiation for post-petition product supply and intellectual property rights. He also served as counsel for BAE Systems in a three-year litigation in Los Angeles federal court over a research and development agreement for a new, highly sophisticated drilling device.