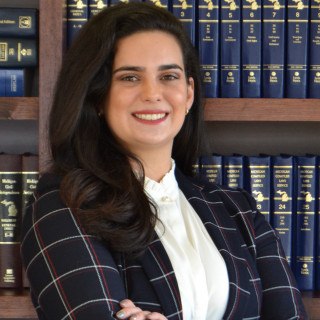 Ms. Galguera joined NachtLaw in 2020. She was born and raised in Miami, Florida. She completed her undergraduate degree at the University of Michigan, receiving a Bachelor of Arts with High Distinction in Political Science. While completing her undergraduate degree, she was involved with the Undergraduate Political Science Association and worked for legal counsel to the Hialeah Police Department and the City of Hialeah in South Florida. In this time, she learned about employment and criminal law and took an interest in both. She also took an interest in conflict resolution while working as a Student Facilitator at the University of Michigan Office of Student Conflict Resolution.

She then decided to stay in Ann Arbor, at the University of Michigan to attend law school. While at U-M Law, Ms. Galguera published two blog posts for the Michigan Journal of Environmental and Administrative Law: one on ecoterrorism and another on the impact of immigration policy on the natural environment. She was also heavily involved with the Latino Law Student Association where she helped raise money for a scholarship for Latino students looking to attend school while simultaneously raising awareness on gender inequality in the form of an ironic male beauty pageant, the Mr. Wolverine event. During her time in law school, she worked one summer in the chambers of the Honorable Judge Migna Sanchez-Llorens learning about civil, family, and criminal law and one summer at NachtLaw as a summer associate working on employment, criminal, and Title IX cases. During the school year, she worked as a Project Manager for a non-profit focused on conflict resolution in higher education, the Difficult Dialogues National Resource Center.

Ms. Galguera is admitted to practice in the State of Michigan.

Dedicated to protecting the rights of employees. At NachtLaw, P.C., our goal is to preserve fundamental fairness and dignity for Ann Arbor individuals, whether in the workplace or in the courts. We stand up against workplace injustice and inequality, and we fight for innocent people wrongly accused of a crime or unfairly treated by the system.