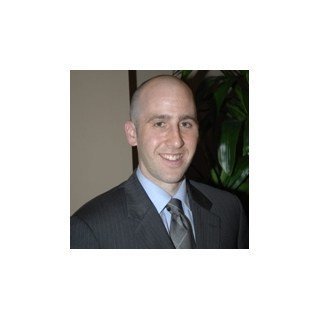 Evan Koslow is an experienced family law and civil litigation trial attorney who has spent nearly ten years building a career in the legal profession, which includes working in federal and state governments, as well as in the private sector. Before joining an Annapolis family law firm, Evan served as the Judicial Law Clerk for the Honorable Julia B. Weatherly in the Circuit Court for Prince George's County. The clerkship with Judge Weatherly afforded Evan the opportunity to participate directly in the judicial decision-making process and gain firsthand insight into factors and evidence judges find persuasive. Evan received his Juris Doctor cum laude from the University of Baltimore School of Law. While attending law school Evan served as Vice President and President of the Family Law Association. Evan also served as the primary research assistant to Professor Leigh Goodmark while writing her book on domestic violence. In addition, while in law school Evan worked for several family law firms in and around the Annapolis and Washington D.C. area and was a Rule 16 Attorney for the University of Baltimore Family Law Clinic. Evan also made the Dean's List and was elected to be the only student representative on the committee to assist with the design of the University of Baltimore's new law school building which opened in the Fall of 2013. Evan received a Bachelor of Arts from The School of Public Affairs at The American University. While attending American University, Evan was an active member of Delta Tau Delta fraternity, class treasurer, participant and leader for the Freshman Service Experience, and played on the University's club ice hockey team.

District of Columbia
Since 2011

The American University
B.A.
Activities: Class Treasurer and an active member of his fraternity.

Q. What is the chances of a parent losing guardianship with the right to consent to long term care short of adoption by dss
May 22, 2015
A: This is something you need to talk to an attorney about offline as a lot of more information needs to be provided (that should not be shared on a public forum).

Q. What is the basic child support obligation based on?
May 22, 2015
A: If the parties combined incomes is less than 180K a year then the parties gross income, health insurance premiums for the children, daycare expenses, and at times some other expenses for the children. The amount of overnights can be a factor as well.

Q. Can I lose my pre-marriage possessions (car, house, motorcycle, etc) in a divorce, if they're all in my name?
May 12, 2015
A: If the asset is in your sole name you will keep it (even if purchased during the marriage). Depending on if you put any money towards these assets, your spouse may have an interest in them when it comes time to a judge deciding, what, if any, monetary award should be provided to either of you.