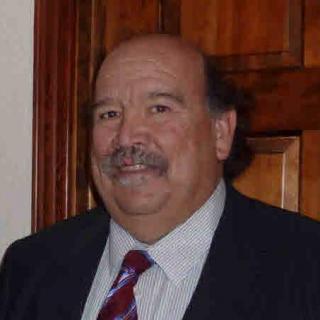 Ernest Marquez has practiced law in Colorado since 1986. A graduate of the University of Colorado School of Law, he served with the Office of the Public Defender from 1986 to 1990, working in Arapahoe, Douglas, Fremont, Chaffee and Park County, Colorado. He opened his office in Salida, Colorado in September of 1990.

Ernest has a wide range of experience. He has tried numerous homicide cases and secured Not Guilty verdicts in Salida, Colorado Springs and Pueblo. He has defended and tried cases involving sexual assault, drug use and possession, theft, assault, arson and other major crimes. He has worked on and is familiar with DNA evidence, gunshot residue, ballistics, tool marks, blood spatter, fingerprints and other fields of scientific evidence. A large part of his practice has involved family law. Whether you have a matter involving divorce, child custody or adoption, you can call feel comfortable calling and discussing your case.

Prior to Law School, he was awarded a Bachelor of Music degree from the University of Houston in 1977 as a performance major. He played the French horn semi-professionally in and around Chicago, Illinois for a number of years. He helped form and played with the chamber music group, De Anza, in Salida for a number of years. In 2004, he put down the horn for the last time, but a few years later, he picked up a banjo and has been playing old time music ever since.

Marquez & Herrick-Stare, LLC has over 70 years of combined experience. We have experience in Personal Injury and Civil Litigation, Criminal Defense and DUIs. Our trial experience can help you when you most need it.

Owner
The Law Office of Ernest Marquez, P.C.
1990 - 2014
We are a two attorney firm, providing services in a wide variety of fields. Ernest Marquez has extensive experience trying complex criminal cases, and works in jurisdictions throughout Colorado.