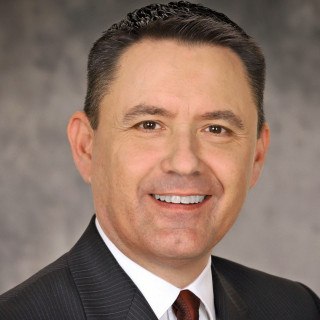 Since 1997, Mr. Young has represented plaintiffs involved in serious personal injury cases. Mr. Young has a strong background in litigation and appeals. In 2005, Mr. Young successfully argued a significant premises liability case on behalf of a seriously injured plaintiff before the California Supreme Court, Delgado v. Trax Bar & Grill (2005) 36 Cal.4th 224, which established that California merchants have a special relationship-based duty of care to protect their customers from the wrongful acts of other customers. Mr. Young also won an appeal in another premises liability case, Mata v. Mata (2003) 105 Cal.App.4th 1121, which involved an innocent bystander who was shot by an assailant in a bar due to negligent security.

Because of his extensive experience in the field of premises liability, Thomson Reuters, the premier legal publisher in the U.S., asked Mr. Young to author an article for its Causes of Action series. The article is entitled "Cause of Action Against Tavern Owners, Restaurants, And Similar Businesses For Injuries Caused To Patrons By The Criminal Acts Of Others," which can be found at 26 Causes of Action 2d 1 (2004, updated Oct. 2014). The article contains a nationwide, state-by-state summary of the law of third-party premises liability and has been cited by attorneys around the country as a one-of-a-kind, go-to resource.

Mr. Young is also an instructor at the Center for Advanced Legal Studies, headquartered in Houston, Texas, where he teaches courses in legal research and legal technology to students seeking a paralegal degree. He has also taught appellate advocacy at Golden Gate University School of Law and pre-trial civil procedure at John F. Kennedy School of Law. From time to time, Mr. Young also blogs about law and technology issues at his blog The Cyber-Esq, which can be found at
www.cyberesq.wordpress.com.

Mr. Young is actively seeking new clients who have suffered catastrophic injuries due to the negligence of others.

25 Years of Legal Tech: Where Have We Been?
Sonoma County Bar Association
December, 2021

Cause of Action Against Tavern Owners, Restaurants, and Similar Businesses for Injuries Caused to Patrons by the Criminal Acts of Others
Thomson Reuters
October, 2005

E-Discovery, Part III of III, Production and Presentation
August 2, 2021
Sonoma County Bar Association
Part III in a 3-part MCLE series on the topic of e-discovery in which I was a panel presenter.

E-Discovery, Part II of III, Collecting & Processing Electronically Stored Information
March 19, 2021
Sonoma County Bar Association
Part II in a 3-part MCLE series on the topic of e-discovery in which I was a panel presenter.

E-Discovery, Part I of III, Identifying, Preserving & Collecting Electronically Stored Information
November 2, 2020
Sonoma County Bar Association
Part I in a 3-part MCLE series on the topic of e-discovery in which I was a panel presenter.

Q. what is the fourm I use to file for marvin v marvin palimony
December 10, 2018
A: From your question, it is unclear whether you meant to say "form" or "forum." If you meant "form," there is no "form" for filing a Marvin action. An attorney would need to draft a pleading for you. These are very fact-intensive cases. To strengthen your case in advance, you should gather as much documentation as you have that will help evidence that your companion held you out to the world as his wife. I handled a Marvin case in a nearly 30-year relationship that dissolved where I was able to obtain a favorable outcome for my client (1/2 of substantial real property holdings) based, in part, on greeting cards and notes from her companion where he referred to the property as "our property," or he promised her that she would be taken care of. Valuable evidence may be something you least expect in Marvin cases. Check out this link to one of the seminal cases, Byrne v. Laura, which has a great discussion of the many types of evidence that can be relevant in a Marvin action - https://caselaw.findlaw.com/ca-court-of-appeal/1288612.html. Any proof you have that he cared for you financially as well as witnesses to corroborate your facts are both important. Since you indicated in your inquiry that your companion passed away, a word or two about probate - did he leave a will? If not, who are the next of kin heirs? Has a probate been opened? As a person holding a Marvin claim, you are a creditor of the deceased's probate estate. You must assert a timely Creditor's Claim against the probate estate, or your Marvin claim will be barred as a matter of law. Once the personal representative of the probate, whomever that may be, provides notice to the creditor that the estate disputes the debt, you must file suit within 90 days of the rejection. I hope this is helpful to you. Best of luck.

Q. In California can a dog walker sue me if they ran into a pole while walking my dog, it was not the dogs fought.
November 15, 2018
A: To begin with, a person can sue another person for anything they want. The doors of the court are open to some of the most ridiculous claims imaginable, in California and in every other state. Having said that, however, it does mean the person who sues has a meritorious case. Based on the limited information you have provided, the only possible cause of action she might have would be for negligence, which requires that she establish that you owed a duty of care to prevent her harm and that your unreasonable action or inaction breached that duty. What duty does a dog owner owe a dog walker? You probably have a duty to warn if a dog is dangerous. But, beyond that, do you owe a duty to prevent a dog walker from walking into a pole while she is in charge of your dog. Not likely. There is simply no duty or breach of duty on these facts. California follows the doctrine of "occupational assumption of the risk." A person who knowingly undertakes an occupation that comes with certain risks assumes them, and you owe no duty to prevent their harm. You could argue that walking a dog involves caring for an animal that might suddenly act in an unpredictable manner - dogs pull at their leads, tug, jump, turn, and go in different directions. Think how often even the most well-mannered dog (I have 2) suddenly runs off in a different direction simply because it sees a cat or a squirrel. In my opinion, a dog walker assumes the risk of injury caused by such unpredictability in an animal and, furthermore, they should be attentive to their surroundings, which would include poles at street crossings.

Q. Defendant filed a motion to compel discovery based on his request not when discovery is due.
November 13, 2018
A: Much more information is needed to answer this question. Unless discovery responses are late, a motion to compel would not be appropriate. I am confused by the remainder of the information you provided. Seeing a lawyer in person would be helpful, if you do not already have one.