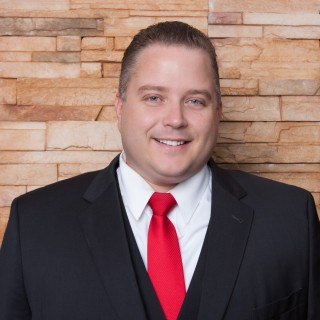 David entered law school with the goal of opening his own law firm in Las Vegas, focusing in family law, criminal law, and personal injury law. As such, while in school, David focused his studies in those areas to help accomplish that goal. Immediately after passing the Bar Exam in 2011, David opened his law firm. Since then, David has represented hundreds of clients and has gained hundreds of hours of experience in all the different courtrooms in Clark County. Moreover, David has additional training through continued legal education classes by attending the family law conferences in 2006, 2012, 2013, 2014, 2015, and 2016 as well as attending many family law bench bar meetings. In addition to his continued family law training, David has attended many continued legal education hours in DUI, criminal law, and family law. Most recently, David has been the recipient of more than a dozen awards in 2014 and 2015. While David humbly accepted these awards, David still considers himself in his infancy in his legal career, and he studies constantly to become a better attorney for his clients.

Attorney/Owner
The Jacks Law Group
2011 - Current
Mr. Jacks owns and operates The Jacks Law Group. The Jacks Law Group has several attorneys and they cover a wide range of law. Such as, family law (divorce, custody, relocations, child support, alimony, guardianships, adoptions, estate planning, etc.), criminal law, contract law and other transactional work, tax law, and more. No matter the client's problem, the chances are that we already have someone on staff that is able to help.

Do kids choose where to live during a DIVORCE?

Do Kids Choose Where To Live During A Divorce?

Life Changes during a divorce

Life Changes During A Divorce

What are Other Classes in Divorce

What Are Other Classes In Divorce

What is a Financial Disclosure Form

What is a Financial Disclosure Form

What is Child Support?

What is Child Support?

What is Cope Class?

What is Cope Class?

What is JPI in divorce?

What is JPI in divorce?

What is Physical Custody vs Legal Custody in Divorce

What is Physical Custody vs. Legal Custody in Divorce

What is Primary Physical Custody ?

What is Primary Physical Custody In Nevada?

Who's in the courtroom during divorce?

Who's in the courtroom during divorce?