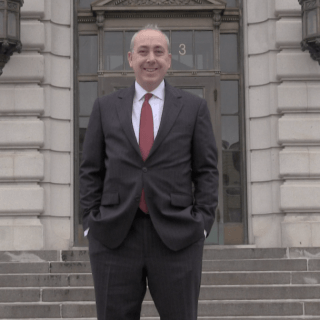 After hearing 7 weeks of evidence and witnesses, the jury returned with the largest verdict in Hudson County history. Immediately following the verdict, numerous post-verdict filings were made by both the plaintiff and the defense. Over one year after the verdict, the trial judge determined that it had given improper instructions to the jury, as a consequence of the opinions expressed in the text of an unrelated decision released on a different case (that had not been released until nearly a year after this verdict). However, the content of the instructions at issue in Dwyer were agreed upon by Plaintiff, the defense and the Court itself. The Court ordered the parties to re-try the case. Soon, the case found its way before the Appellate Division (a higher-level court), with Plaintiff’s contention the trial court’s instructions were proper, were wholly in line with the as-yet unreleased and unrelated decision and were unassailable by virtue of the fact that they were acceded to by the defense.

For those reasons, Plaintiff’s filing with the Appellate Division demanded that the $13,200,00 verdict remain intact.

While that issue was pending in the appellate court, the case resolved confidentially for an undisclosed sum.

PUBLICATIONS:
Cohen has published a myriad of articles on all aspects of long term care litigation.