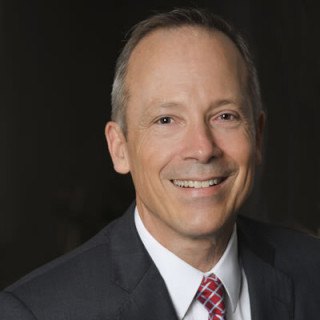 David Hill obtained his undergraduate and law degrees from the University of North Carolina at Chapel Hill and is admitted to practice before the U.S. District Court, Middle District of Florida, and all state courts of Florida. Mr. Hill has practiced exclusively in criminal defense in the state of Florida, primarily in the Central Florida community, since graduating from law school and represents clients in a far-ranging array of matters, including felony, misdemeanor and traffic allegations, in both State and Federal courts. He has twenty years of experience as a criminal defense lawyer having been admitted to practice in 1991, and is AV rated by the Martindale-Hubbell national law directory (the highest rating available in the areas of legal ability - “A” from Very High to Preeminent – and General Ethical Standards – “V” for Very High.) His offices are located in downtown Orlando, and his successful representation of accused citizens over this time period has established his reputation as one of the top criminal defense lawyers in Orlando.

AV Preeminent 5.0 out of 5
Martindale Hubbell

What Is Self Defense Under Florida Law?

https://www.orlandocriminaldefenselawyer.com/ What Is Self Defense? Orlando criminal defense attorney explains what constitutes self defense under Florida Law. He also talks about what deadly force, when can someone legally use it and what the Stand your Ground is under Florida Law.

https://www.orlandocriminaldefenselawyer.com/ Orlando defense attorney David Hill explains what is simple assault and what is aggravated assault under Florida Law. He also discusses the difference between an assault and a battery charge, and the possible consequences if convicted of any of those charges. Free initial consultation.

Orlando DUI Attorney - To Blow or Not to Blow?

https://www.orlandocriminaldefenselawyer.com/ Should you blow or not blow if you are stopped in a DUI case in Florida? Orlando DUI attorney David Hill discusses the advantages/disadvantages of blowing/not blowing into a breathalyzer when stopped by police in Florida. Free initial consultation.

How Long Can I Be Detained At A Traffic Stop?

https://www.orlandocriminaldefenselawyer.com/ Orlando criminal defense attorney David Hill talks about how long you may be detained at a traffic stop under Florida law.

https://www.orlandocriminaldefenselawyer.com/ Orlando criminal defense attorney David Hill talks about Florida Stand Your Ground Law: What is it? When can it be used as a defense? Which are your rights?