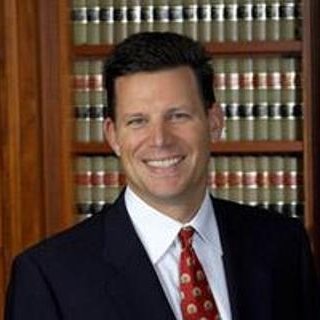 David Gaspari is a Florida Bar Board Certified Civil Trial Lawyer. He has successfully litigated, tried and taken to verdict virtually every type of personal injury case including wrongful death, defective products, automobile negligence, truck accidents, motorcycle injuries and premises liability claims. He has obtained numerous multi-million-dollar verdicts and settlements on behalf of his clients. David Gaspari joined Cunningham Whalen & Gaspari as a partner in 2006 after a successful career as a defense attorney defending physicians and personal injury claims and 12 years with the personal injury firm of Lytal Reiter, Clark, Fountain & Williams. He has gained valuable courtroom experience representing hundreds of plaintiffs. David now focuses his practice in the areas of personal injury and wrongful death litigation. David has achieved an AV rating from Martindale-Hubbell, the highest rating available from the nation’s oldest guide to the legal profession for his legal ability and ethical standards. He is also a member of the Million Dollar Advocates Forum, whose membership is limited to trial lawyers who have demonstrated exceptional skill, experience and excellence in advocacy by achieving a trial verdict or settlement in the amount of $1,000,000 or more. He has also been named as one of Florida’s Super Lawyers, representing the top 5 percent of attorneys in Florida. David received his bachelor’s degree in 1985 from Denison University in Granville, Ohio, and his Juris Doctorate degree in 1988 from the University of Toledo College of Law. He was admitted to the Florida Bar in 1989. Mr. Gaspari is admitted to practice law not only in the State Courts of Florida but also in the Florida Federal Courts including the United States District Court, Middle District Court of Florida, and the United States District Court, Southern District of Florida. David is an active motorcycle enthusiast and an NRA Life Member enjoying all shooting sports.

“Proof and Argument of Damages for Lost Wages and Future Loss of Earning Capacity and Related Issues – Why jurors love workers and punish those that have a poor ethic,”, Workhorse Seminar 2006
Florida Justice Association