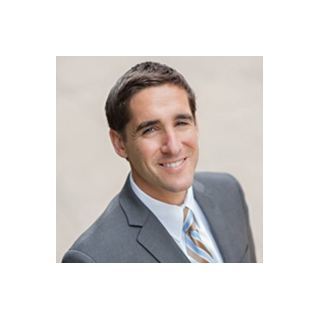 Dave is a former federal prosecutor and seasoned plaintiffs trial lawyer that has dedicated his career to helping ordinary people get through extraordinary circumstances. Dave has obtained over $75 million dollars for his clients in just the past few years through outstanding settlements and verdicts in difficult cases involving wrongful death, catastrophic injuries, premises liability, and fraud. Dave has been recognized by his San Diego peers as a Super Lawyer, Outstanding Trial Lawyer, and Distinguished Alumni of the University of San Diego School of Law.

Dave has had remarkable success as a trial lawyer representing plaintiffs who have been injured. Dave took a zero-offer wrongful death motorcycle accident case to trial against the United States, prevailed, and obtained $5 million dollars for his clients. In another case, Dave and his client rejected a $300,000 settlement offer for a broken ankle after an auto accident, prevailed at trial, and obtained $1.1 million dollars. Recently, Dave tried a case involving a slip and fall on water at a supermarket that aggravated his client’s shoulder arthritis, and the jury returned a verdict for $1.43 million dollars. Dave’s aggressive but pragmatic approach has also led to over a dozen seven figure settlements for his clients on the courthouse steps.

Dave is also adept at successfully prosecuting complex mass tort fire claims and as a result was asked to try the Powerhouse Fire case against the City of Los Angeles, Department of Water and Power. The case resolved days before trial was set to start, and ultimately the victims received a payout of approximately $103 million dollars. Dave sat on the Plaintiffs’ Executive Committee for the 2015 Butte Fire that was litigated against PG&E in Sacramento, and currently sits on the Plaintiffs’ Steering Committee in San Francisco for the 2017 North Bay wildfire litigation, and the Plaintiffs’ Executive Committees for the 2017/2018 Thomas Fire and Woolsey Fire litig

Senior Trial Attorney
Gomez Trial Attorneys, San Diego, CA
2012 - 2015
Trial lawyer focusing on business litigation, wrongful death, and catastrophic personal injury cases. First-chair in a federal wrongful death trial against the United States Attorney’s Office. Obtained a verdict of 100% liability on the U.S. Border Patrol. United States settled for $5,000,000 days before damages trial and made no offer for 5 years. Obtained a $300,000 verdict as a first chair in a premises liability case where plaintiff broke his ankle and there were no economic damages presented.

University of San Diego
Alumni Board and Board of Directors
Current

Court Practice Series – Decoding Your Local Court, CFLS Fall Seminar, Department SD-73, Hall of Justice, SIXTH FLOOR 330 W. Broadway San Diego, CA 92101
November 17, 2015
San Diego County Bar Association
Are you a new attorney looking to be successful in the courtroom and gain inside tips from a local judge and a seasoned attorney? Come join us for a dynamic presentation by the Honorable Joel R. Wohlfeil, David Fox, Esq., and Johanna Schiavoni, Esq., and learn the best practices and special issues specific to civil law and the court process.

Opening Your Practice --Financial and Technology Decisions, SDCBA Conference Center, 401 West A Street, Ste. 120 (1st Fl.), San Diego, CA 92101
August 4, 2015
Presented by the San Diego County Bar Association
Please join us for this second program in the series focused on the tools required to open your own practice.

Advanced Mediation Strategies-Taking Your Mediation Skills to the Next Level, Mediation Series (Part 1 of 2), Bar Center at 401 SDCBA, Conference Center 401 West A St., Ste. 120, San Diego, CA 92101
July 14, 2015
Presented by the ADR and Civil Litigation Law Sections of the SDCBA
Join us as we discuss the Who, When, What, Where and How of a Successful Mediation: When and whether to mediate, who to use as a mediator, who to bring to the mediation, how to prepare, how to anticipate and conduct a mediation, when to hold “em” and when to fold “em”, who to trust and what is going on in the other room!

Submit a Legal Community Event Cross-Examination – How to Make Your Points Stick With the Jury and Not Just Sting the Witness [Civil Litigation], Civil Litigation Section, Bar Center at 401 SDCBA, Conference Center 401 West A St., Ste. 120, San Diego, CA 92101
May 28, 2015
Presented by the Civil Litigation Law Section of the SDCBA
Part 1- A Perspective from the Plaintiffs’ Side. A dynamic panel of plaintiffs’ trial lawyers will share their experiences and strategies for making the most out of cross-examination at trial.

2014 Year In Review [Insurance, Civil & Construction], Insurance Law, Bar Center at 401 SDCBA, Conference Center 401 West A St., Ste. 120, San Diego, CA 92101
January 20, 2015
Presented by the Insurance/Bad Faith, Civil Litigation & Construction Law Sections of the SDCB
A panel of San Diego’s leading insurance coverage lawyers will review the most notable cases decided in 2014 and discuss how those cases will impact coverage in California during the coming year.

Financial Elder Abuse [Elder], Elder Law Section and Civil Litigation Section of the SDCBA, Bar Center at 401 SDCBA Conference Center, 401 West A Street, Ste. 120, San Diego, CA 92101
December 16, 2014
San Diego County Bar Association
We have assembled a comprehensive panel of professionals to discuss this expanding area of litigation. An aging populace has resulted in increased instances of financial elder abuse and a greater need for attorneys and others to educate themselves on the issues involved.