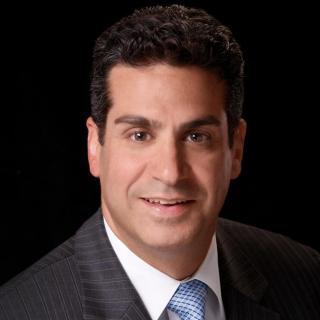 David T. Arena joined Di Monte & Lizak in 1996. He received his Bachelor’s Degree in political science from Loyola University of Chicago in 1993, where he was a member of the Phi Sigma Alpha National Honor Society and recipient of the Presidential Scholarship. David received his law degree from Cleveland Marshall College of Law with honors in 1996. In 1995, David took first place in the Cleveland Marshall College of Law Moot Court Competition, where he received the Dean’s Moot Court Award for Outstanding Advocate and the Hugo Black Award for Outstanding Oralist. David participated in the 1995 ABA National Moot Court Competition, where his team was awarded Best Ohio School and Best Respondent’s Brief. In addition, David was awarded the Cleveland Marshall Law Alumni Scholarship Award consecutively in 1995 and 1996. David became an equity partner at Di Monte & Lizak in 2005. David is an accomplished trial lawyer. He handles matters in state and federal court, including trial and appellate work, and represents clients in mediations and arbitrations. David’s practice focuses on commercial law matters, including business disputes, contract and construction law, mechanic’s liens, mortgage foreclosures, bankruptcy and debt collection, municipal law and probate litigation. David also handles personal injury claims.

Q. Need assistance with a bad roofing company
November 14, 2017
A: The contractor has a responsibility to correct any defects in the instillation. If you provide the contractor with notice and a commercially reasonable time to cure and the contractor fails to do so, you can have the work done by a different contractor. You then have a claim against the original contractor for the cost to cure the defect.