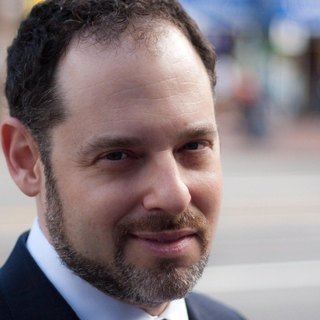 Daniel Shanfield has been honored with the "Client Distinction Award" and "Preeminent Attorney" Ranking from Lawyers.com and Martindale Hubbell. In addition to the Client Distinction Award, Daniel has been honored three times as a Northern California "Super Lawyer" by San Francisco Magazine. He holds a "Superb" 10.0 Rating from Avvo.com, and has received Avvo's 2012 Clients' Choice Award in immigration law. The Law Offices of Daniel Shanfield Immigration Defense PC maintains an "A+ Rating" from the Better Business Bureau (BBB). Daniel Shanfield has succeeded in some of the most difficult immigration cases. Overseas, he led an appeals project to overturn visa denials by the U.S. Consulate, and has overseen numerous successful appeals for detained immigrants in the United States. He is a former INS litigation attorney who advised the government on a broad spectrum of immigration law issues, and was adjunct clinical law professor at New York Law School in Downtown Manhattan. Before entering private practice, Daniel was the Legal Services Manager with the U.S. refugee program in Europe, where he brought immigrants to safety and helped reunite them with loved ones in the United States. Daniel has also served as a migration and refugee advisor to the United Nations, and as an attorney overseeing pro bono legal representation for the Lawyers Committee for Human Rights, now Human Rights First. His legal knowledge and uncommon insights are the critical difference behind his clients’ success. Daniel is a graduate of the University of California, Berkeley, Boalt Hall School of Law and UCLA (magna cum laude). He is admitted to practice before the California Supreme Court, Federal Ninth Circuit Court of Appeals, the Federal District Court, Executive Office for Immigration Review, State Department, and Department of Homeland Security. He is currently the Consulate General of Mexico in San Jose Liaison for the Santa Clara Valley Chapter of the American Immigration Lawyers Asso

Immigration Super Lawyer
Super Lawyers (Thomson Reuters)
2022
Daniel Shanfield is an attorney who represents clients in the San Jose, California area. Daniel Shanfield is recognized by peers and was selected to Super Lawyers for 2008 - 2010, 2017 - 2022. This selection is based off of an evaluation of 12 indicators including peer recognition and professional achievement in legal practice. He attended UC Berkeley School of Law and graduated in 1996.