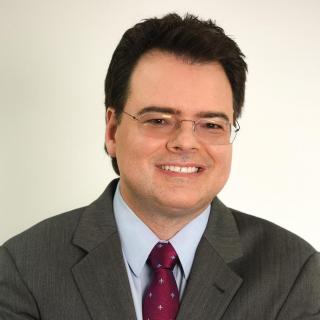 Attorney Daniel S. Dalesandro is a distinguished personal injury civil trial lawyer based in Fort Myers, Florida. With over 16 years of experience dedicated exclusively to plaintiffs' personal injury cases and claims against insurance companies, Mr. Dalesandro has spent his career with Associates and Bruce L. Scheiner, Attorneys for the Injured. There, he has earned a reputation as a respectful and skilled attorney for whom his clients’ success is paramount.

Mr. Dalesandro got his start in the legal profession more than a quarter-century ago when he began working at his current firm as a file clerk and marketing intern during his undergraduate years at the University of Florida. After graduating earning his Bachelor of Science with highest honors in Advertising, Mr. Dalesandro became the firm’s Director of Marketing. However, as he tells it, working closely alongside Mr. Scheiner began to drastically shift his professional goals:

“My plan originally was to earn an MBA. But, after working in Mr. Scheiner's firm and seeing the way they helped people, the legal profession became more interesting to me. I’m really passionate about individuals' rights under our laws. If I had gone into the business world, I would have been helping the corporations, not the people. I realized I was more passionate about advocating for the injured, representing them against corporations and insurance companies, than doing anything else."

PREMIUM
WebsiteCallEmailEmailProfile
Benjamin A. A. Russell