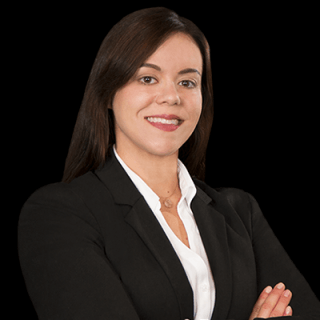 Dana B. Fortunato is an Attorney at MKFM Law, LLC, with over a decade of experience in Illinois courts. She has established a reputation as a zealous and compassionate advocate for her clients in family law, criminal defense and juvenile court matters.

In 2005, Dana obtained her Bachelors of Arts degrees in Religious Studies and Spanish from DePauw University. While at DePauw, she was awarded a scholarship to study internationally at the University of Salamanca, Spain, and ultimately graduated with Honors with Distinction through DePauw’s Honor Scholar Program.

Following her undergraduate studies, Dana attended The John Marshall Law School in Chicago, where she earned her Juris Doctor in 2008. Shortly thereafter, she became employed as an Assistant Public Defender in DuPage County, protecting the rights of indigent clients in matters ranging from petty traffic tickets to non-probationable felonies. During her time with the Public Defender, Dana developed a reputation in the legal community as hardworking, detail-oriented, creative, and compassionate. She is fluent in spoken and written Spanish and understands the importance of navigating the legal system with an advocate who can explain complex legal issues in her client’s native language.

In her spare time, Dana enjoys spending time with her family, biking along the Fox River, and giving back to her community through organizations like DuPage County Public Action to Deliver Shelter (PADS) and Fox Valley Literacy Volunteers.