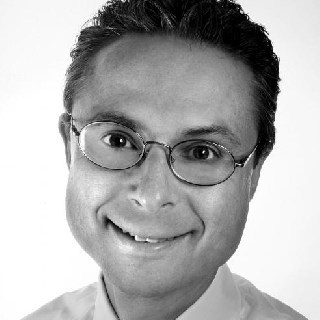 Craig D. Robins, Esq., has been a practicing Long Island bankruptcy attorney for over twenty-five years. During most of this time, he has devoted his practice almost exclusively to bankruptcy and debt-related matters. Mr. Robins has had experience in thousands of bankruptcy cases which has included representing both consumers in Chapter 7 and 13 cases, and businesses in Chapter 11 cases.

Education and Court Admissions
Craig D. Robins, Esq. received a Bachelor of Arts degree from Emory University in 1981. He studied law in London, England from 1982 to 1983 through the Notre Dame Law School Concannon Program in International Law. He received a Juris Doctorate from Western New England Law School in 1984. He was admitted to the Massachusetts and New York Bars in 1985 and the Florida Bar in 1987. He is also admitted to practice in various Federal District Courts, the United States Tax Court, and the United States Claims Court. Mr. Robins briefly interned as a judicial law clerk to the Honorable Richard Wallach, Supreme Court Judge (New York, First Department).

In addition, he has lectured on bankruptcy law for the Nassau County Bar Association and has discussed bankruptcy law on radio and television talk shows and news programs.

Legal Organizations
Since 1991, he has also been actively involved in giving presentations on bankruptcy law to attorneys and Federal and State Court Judges through the Theodore Roosevelt Chapter of the American Inns of Court, of which he is a member and also sits on its executive board. As Chairman of that organization's annual banquet, he has hosted dinners honoring United States Supreme Court Justice Samuel A. Alito, Jr., and New York's highest judge, Judith S. Kay, Chief Judge of the New York State Court of Appeals.

Pro Bono Work
Mr. Robins is a founding co-chairman of the Nassau County Bar Association's Pro-Bono Bankruptcy Committee and he regularly represents pro-bono debtors. He holds the distinction of having represented more pro bono debtors than any other attorney on Long Island. The Nassau County Bar Association awarded Mr. Robins a Presidential Recognition Award for his dedication in representing pro-bono consumer debtors in bankruptcy proceedings. Mr. Robins was recognized by the Volunteer Lawyers Project for his pro-bono work when he was named Pro-Bono Attorney of the Month on two separate occasions. Newsday honored Mr. Robins by naming him in its "Winners" column for his dedication to community work.

Range of Practice
Mr. Robins has represented a wide and diverse range of debtors in bankruptcy proceedings. In addition to representing numerous typical Long Islanders and New Yorkers, he has represented a former New York Yankees baseball player, dozens of professionals including attorneys, doctors, dentists and C.P.A.s, and a variety of business entities ranging from a professional sports franchise to multi-million dollar companies to mom-and-pop storefronts.