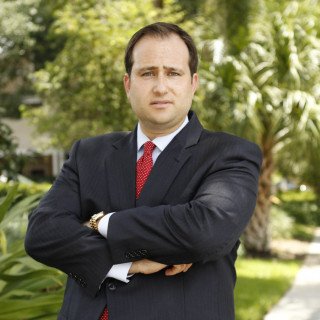 After graduating from Barry, Corey was employed by the Public Defender's Office where he represented criminal defendants in hundreds of cases. Later in this career, Corey accepted an appointment with the State Attorney's Office where he prosecuted criminal cases. In his experience with both the Public Defender's office and as a State Attorney he has managed thousands of cases from arraignment to jury trial. Corey will not hesitate to take your case to trial.

He is available for all Federal and State charges.

His experience includes cases of drug possession, DUI/DWI, driving while license suspended, violation of probation, fraud, burglary, misdemeanors, juvenile, grand theft, felony battery, robbery with a firearm, attempted murder, and murder; just to name a few. AV rating from Martindale-Hubbell Corey Cohen holds an AV rating from Martindale-Hubbell, the leading nationwide legal directory for ranking the abilities of all attorneys and law firms throughout the United States. His AV rating, based on the confidential opinions of other local attorneys and local judges who are best suited to assess Corey's legal abilities, signifies the highest rating awarded by Martindale-Hubbell both in terms of legal ability and ethics. The Martindale-Hubbell legal directory is commonly referred to as "the Yellow Pages for attorneys", and its attorney ratings have been relied upon for over a century by attorneys and judges alike.

Do I have to take a breath test if arrested for DUI?

http://www.coreycohen.com/ 407-246-0066 The criminal defense lawyers of The Law Office of Corey I. Cohen represent tourists facing criminal charges while on vacation in Seminole County.

http://www.coreycohen.com/ 407-246-0066 The Law Office of Corey I. Cohen represents individuals who have had their drivers license suspended following serious traffic violations.

http://www.coreycohen.com 407-246-0066 At the Law Office of Corey Cohen, we take drug charges very serious. Ranging from simple possession of marijuana to drug trafficking charges, and we make sure...

http://www.coreycohen.com 407-246-0066 When you're facing a federal charge, you're looking at a lengthy loss of your liberty. The attorneys at the Law Office of Corey I. Cohen understand the...

http://www.coreycohen.com 407-246-0066 The lawyers at the Law Office of Corey I. Cohen take pride in making sure their clients get the best results possible. In Orlando Florida, call them...

Q. i was arrested for petty theft I have proof that it was not me but it’s been 4 months with no court date what can I do
March 18, 2020
A: Have you spoken to an attorney, that is the first step and they can guide you in the right direction.

Q. On average how much would it cost to obtain legal defense for 3 probation felony’s cases in three separate counties ?
March 3, 2020
A: Every lawyer charges different prices. Call around to attorneys in those counties and get prices.