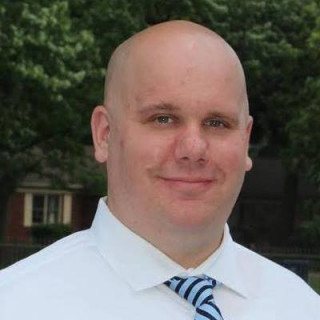 I am a Hoosier, born and raised- most of my childhood was spent in Moonsville, Indiana on my Grandparent's and Great Grandparent's farm. I graduated from Anderson High School with an Academic Honors Diploma before attending Ball State University. I graduated from the Political Science Department's Legal Studies Program at Ball State University and was accepted to Thomas M. Cooley School of Law where I was awarded a Scholarship for Academic Performance. At Cooley I was a member of the U.S. Championship team for Client Counseling and Graduated Cum Laude with a specialization in Litigation in January of 2012. I passed on several opportunities to practice law as an associate in Indianapolis to instead return to my home town of Anderson, IN to begin my own practice. I was afforded this opportunity working with a well-established attorney in Anderson. In my first year in Anderson I worked on many criminal cases (from Murders and A Felonies to Misdemeanors and Infractions) as well as many family law cases (ranging from Divorces to Custody Modifications to 4D Child support actions). After 11 months I was able to set out on my own and acquire my own office. In my second year of practice I was able to expand my office from a dusty 12 foot by 12 foot room in an old office building in Anderson to a 1200 sq. ft. top floor suite in the tallest building in Anderson. I went from one employee to five, and expanded my clientele by 235%. I continued to expand my skills in both family law and criminal law while simultaneously adding a Partner to my practice (Chris GIlley). This progress continued into my third year of practice. I added one more partner to my practice (Robert Summerfield) and formed CGS Law Group with the hopes of better serving my clients (which now ranged to nearly every county in central Indiana). My office grew from 1200 sq. ft. to 3200 sq. ft. I added another 3 employees and began to specialize my practice in family law. In August of 2014 I returne

Divorce Attorney in Indianapolis Indiana, Cody Cogswell, represents either Husband or Wife in a Dissolution of Marriage. Our lawyers represent clients in Hamilton County, Marion County, Madison County, and...