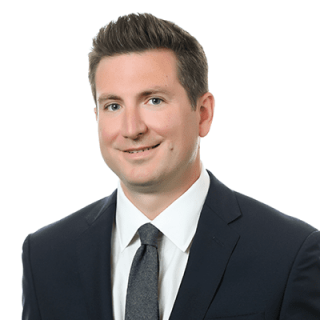 Mr. Kocher is a Partner with McOmber McOmber & Luber, P.C. in the firm’s Marlton, New Jersey office. He focuses his practice in the areas of employment law, class actions, business disputes, and business law. Mr. Kocher has successfully litigated and resolved wage and hour class actions and is currently pursuing several national collective actions and class actions for violations of wage and hour laws to recover monies owed to groups of workers. In addition to fighting for fair wages and equal treatment under the law for his clients, Mr. Kocher has deep experience in the representation of whistleblowers in health care fraud cases brought under the federal False Claims Act and the New Jersey False Claims Act. The federal False Claims Act was enacted in 1863 by Congress during the Civil War that was concerned that suppliers of goods were defrauding the Army. Using the modern version of these statutes today that create incentives for private individuals to report government fraud, Mr. Kocher roots out corruption wherever it hides, which may result in a monetary award to his clients in the event of a recovery for the government.

Prior to joining the firm, Mr. Kocher was a member of the class action practice group at Saltz Mongeluzzi & Bendesky P.C. located in Philadelphia. For over a decade, Mr. Kocher developed a leading national class action practice, providing representation to individuals and businesses in cases involving wage and hour claims, product liability and product defect, consumer fraud and deception, health care fraud, and electronic data breach litigation. Mr. Kocher’s practice also focused on antitrust, unfair competition and complex business litigation. Mr. Kocher was a team leader in one of the largest antitrust class actions in the United States – the Containerboard Products Antitrust Litigation that resulted in partial settlements of $376 million. Mr. Kocher also was counsel in the Dental Supplies Antitrust Litigation that set