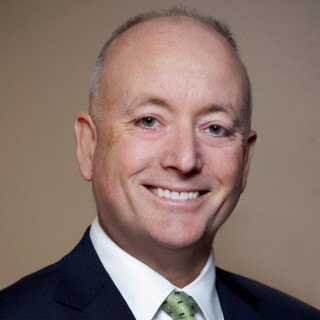 Chad practices Business Law and Estate Planning. In his business practice, he represents sole proprietors, partnerships, LLCs and corporations (for-profit and nonprofit) across a broad spectrum of industries. He takes particular pride in assisting families with their estate planning needs to execute their wishes for the next generation.

Prior to joining the Perry, Johnson, anderson, Miller & Moskowitz LLP, Chad was an associate in the Washington, D.C., office of Jones Day, where he was a part of the firm's international trade and national security practice. In that role, he advised U.S. and foreign corporations on a wide variety of regulatory matters, such as economic sanctions and U.S. export controls (defense and dual-use items). He also represented both buy-side and sell-side companies before the Committee on Foreign Investment in the United States (CFIUS) in cross-border mergers and acquisitions.

Prior to law school, Chad served 21 years as a commissioned officer and combat helicopter pilot in the U.S. Navy. His operational deployments included the Persian Gulf; Mogadishu, Somalia; and counter-terrorism patrols in the Strait of Malacca following the September 11 attacks. Outside the cockpit, he served as a Major Department Head aboard an aircraft carrier, authored transformative logistics policies for NATO, and managed the nearly $2 billion Atlantic Fleet Flying Hour Program. He retired in 2009 as a Commander.

Chad received his Juris Doctor from U.C. Berkeley School of Law (Boalt Hall) in 2012, with awards for excellence in Wine Law and Business Associations. He was also the Senior Executive Editor for the centennial volume of the California Law Review and a charter officer of the Berkeley Law Association for Military and Veterans. He graduated from the U.S. Naval Academy with a Bachelor of Science in English (with Distinction) and earned his Master of Arts in English Language & Literature from the University of Maryland, both in 1988.

"Unless and Until it Proves to be Necessary": Applying Water interest to Prevent Unjust Enrichment in Interstate Water Disputes
California Law Review
December, 2013