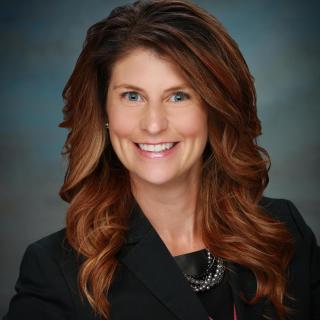 Carrie Cravatta had been practicing divorce and family law since 2010 before joining the Stewart Law Group in 2015. She was the exceptional small-town Kewanee, Illinois, kid who, from fifth grade on, dreamed of being a lawyer. Her career aspirations led her to the “Big City” of Chicago where she attended college and law school. Her Bachelor of Arts degree in Business Administration and Management is from North Central College in Naperville. (Between her sophomore and junior years, she seized the opportunity to summer in Singapore while working for Allied International.) She obtained her Juris Doctor degree from The John Marshall Law School in Chicago. Herself the child of divorced parents, clients know her to be compassionate, ethical, talented, and wholly committed to her clients and their children’s best interests. Her peers have described her as a skilled communicator who is both capable and knowledgeable, the consummate professional who advocates aggressively and effectively for her clients. Attorneys and clients alike respect her talent for finding solutions to difficult situations. At least once a month, she volunteers her services pro bono at FLAP. Clearly a die-hard Cubs fan (and ‘Da Bears’), she named her two dogs “Wrigley” and “Murphy” after Chicago’s Wrigley Field and Murphy’s Bleachers.