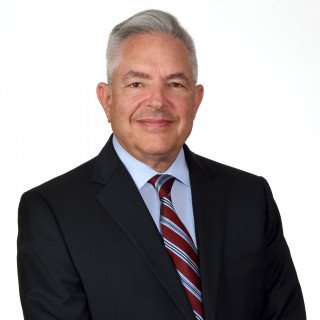 Bruce Blumberg is certified as a Specialist in Criminal Law by the State Bar of Arizona. Of the 18,000 licensed attorneys in Arizona, only about 750 of them have received specialist certification, and only a handful of those are certified in the area of Criminal Law. During his tenure as a defense attorney, Bruce has represented people in many serious felony matters, including a number of death penalty cases. Bruce has a reputation within the legal community of being an honest, hardworking attorney. He has a passion for his clients and dedicates 100 percent to the defense of any client represented by his firm. Although Bruce has always maintained an emphasis on Criminal Law, he also uses his litigation skills in representing many clients on Family Law matters.

Blumberg & Associates was founded in 1988 and is located at 3600 North 19th Avenue, Phoenix, Arizona 85015, just a short drive from the Superior Court, the County Attorney’s Office and the Maricopa County Jail. This close proximity has allowed Bruce to develop relationships that would not have been cultivated from an office anywhere else in the Valley. Bruce attended Michigan State University, graduating in 1976 with a pre-law degree. He was subsequently accepted into Thomas M. Cooley Law School in Lansing, Michigan. After receiving his law degree, Bruce was admitted to the Michigan Bar. While practicing law during the day, he studied at Wayne State University in Detroit, where he earned his master’s of law in taxation.

Bruce’s first taste of Criminal Law came under the tutelage of Edward F. Bell, a former Judge for the Circuit Court of Detroit. Their clientele included high-profile individuals such as Jane Kennedy, Leon Spinks and Don King. During this period, Bruce honed his trial experience against defendants including Ford Motor Company

Arizona
State Bar of Arizona
Since 1986

Attorney
Blumberg & Associates
1988 - Current
I have been practicing criminal defense in the area of major felonies for 30 years. My practice consists of every facet of trial work; investigation, mitigation, negotiation and trial preparation. I have conducted in excess of 75 major felony trials in the areas of murder, sex crimes, assaults, drug offenses and white collar crimes.

Bruce E. Blumberg Interview - What is Your Approach to Preparation?

Bruce E. Blumberg Interview - What Are Some of The Difficult Situations People Face in Arizona?

Bruce E. Blumberg Interview - Which Duty is Most Important For a Criminal Lawyer?

Bruce E. Blumberg Interview - What Are Some Difficulties You Have Encountered?

Bruce Blumberg Interview - Tell us About Your Experience

Experienced attorney, Bruce E. Blumberg, reviews criminal drug offenses and the need to choose an experienced criminal attorney when faced with drug charges in Phoenix and across Arizona. Visit www.AzBlumbergLaw.com...