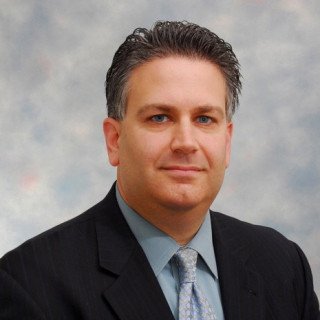 While working as a prosecutor, Brian Berkowitz was appointed by the District Attorney of Rockland County as the Senior Assistant District Attorney in charge of the Vehicular Crimes and Driving While Intoxicated Bureau. In this supervisory role, he was responsible for the training of prosecutors and the review and assessment of every motor vehicle related crime and Driving While Intoxicated (DWI / DUI) case brought before the DA’s Office, as well as personally handling the most serious misdemeanor and felony cases from inception to trial.

As a Criminal Defense and Traffic Ticket Attorney, Brian Berkowitz has utilized his insight and vast background and experience on both sides of the criminal justice system to diligently defend those charged with Driving While Intoxicated and all other Criminal and Traffic matters before the courts of Rockland County and throughout the State of New York.

Regarding Traffic and Speeding Tickets, there are many hidden costs associated with pleading guilty to the ticket to “just get it over with.” Further, many drivers are unaware that in most instances, an attorney can fight a ticket WITHOUT THE NEED FOR THE DRIVER TO EVER PERSONALLY APPEAR IN COURT.

If you or someone you care about has been charged with Driving While Intoxicated, received a Traffic or Speeding Ticket or any other Criminal matter, please contact Brian Berkowitz for a free consultation to discuss your case.

Forty Under 40
Rockland County Economic Development Corporation
2008
Recognized as one of forty professionals under the age of 40 who are making their mark on Rockland County in positive ways through their commitment to growth, development, professional excellence and the community at large.

DO NOT PLEAD GUILTY TO YOUR ROCKLAND COUNTY (NY) SPEEDING, TRAFFIC OR CELL PHONE TICKET WITHOUT READING THIS!!!
Brian Berkowitz
July 16, 2021

DO NOT PLEAD GUILTY TO YOUR WESTCHESTER COUNTY (NY) SPEEDING, TRAFFIC OR CELL PHONE TICKET WITHOUT READING THIS!!!
Brian Berkowitz
July 16, 2021

TRAFFIC AND SPEEDING TICKET LAWYER – NEAR ME
Brian Berkowitz
October 21, 2020

WHAT THE HELL IS A DRIVER RESPONSIBILITY ASSESSMENT AND WHY SHOULD I PAY IT?
Brian Berkowitz
June 15, 2019

Did You Know That A First Time DWI Arrest Can Be Charged As A Felony?
Brian Berkowitz
October 22, 2016

WHEN AN OUT-OF-STATE DRIVER GETS A TICKET IN NEW YORK
Brian Berkowitz
May 27, 2012

Q. How to deal with a 70 in a 65 speeding ticket in New York State?
February 10, 2022
A: Thank you for your question. A speeding ticket for 70 mph in a 65 mph zone makes me think that it’s possible that the police officer may have given you a “road side reduction” (speed was actually higher, but the police officer wrote the ticket for a lesser speed.). Regardless, a ticket for 5 miles over the speed limit is a 3 point ticket and carries a potential fine of no more than $150.00 plus a surcharge; in addition to other possible sanctions (assuming the ticket was written as Sec. 1180(d) NYS Vehicle and Traffic Law.) The lesser charge you were offered, Sec. 1110(a) of the NYS Vehicle and Traffic Law, is a 2 point ticket with a maximum fine of $150.00, in addition to a surcharge. The decision as to whether or not you should accept this offer depends upon the facts leading up to the ticket, the details of your driving record and many more issues, all of which you should discuss with an experienced traffic ticket attorney. While the answers found here are helpful, there is no substitution for speaking directly with an attorney.

Q. ticket and pleaded guilty online, received a zoom date with prosecutor and miss the date. Is my license suspended?
December 29, 2021
A: Thank you for your question. Generally, when you miss a court date (in NY) for a traffic ticket, the court can either give you the opportunity for another court date or notify NYS DMV that you failed to appear and request that they suspend your New York driving privileges. NYS DMV will then send you a notice stating that if you do not answer the ticket by a specific date, your NYS driving privileges will be suspended. It should be noted that this notice will be sent to the last address that NYS DMV has on file for you, which is why it is always a good idea to be sure your address is current with them. If you missed a court date, the best thing to do is contact an attorney or contact the court and request a new date.

Q. I am getting a plea bargain application with the original charge of speeding 1180D and the reduced charge of 1110 A
September 30, 2021
A: Thank you for your question. Whether or not a reduction from a Speeding Ticket to a lesser charge is a good deal or not can depend on many factors, including the facts of the case, the speed you are alleged to have been driving, your driving record and the jurisdiction in which you received the ticket. There are many traffic ticket attorneys who would be glad to discuss this matter with you and it would be a good idea to contact an attorney and discuss your options before you accept or reject this offer.