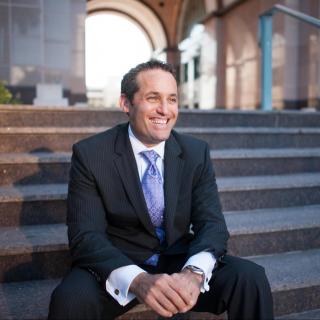 Brett Steinberg began his career as an Assistant Public Defender at the Miami-Dade Public Defender’s Office, where he provided legal representation to those accused of committing criminal offenses ranging from juvenile offenses and misdemeanors to serious felony crimes. While working at the Public Defender’s Office, Mr. Steinberg handled hundreds of criminal matters and tried over 25 cases to verdict. Most notably, at the end of his tenure as an Assistant Public Defender, Mr. Steinberg successfully argued a motion to suppress physical evidence, several pounds of marijuana, and years later that decision was upheld by the United States Supreme Court. Since leaving the Public Defender’s Office, Mr. Steinberg has gained a tremendous amount of civil litigation experience, both defending and prosecuting personal injury claims. In 2008, Mr. Steinberg helped litigate an asbestos exposure trial in which the client was diagnosed with mesothelioma, a deadly type of cancer. That trial resulted in a $24,170,000 verdict for the Plaintiff. Mr. Steinberg also represented major cruise lines in federal personal injury cases. Since then, Mr. Steinberg has been zealously representing the injured in personal injury matters and the accused in criminal matters, obtaining favorable results for his clients for many years. A South Florida native, Mr. Steinberg obtained his undergraduate degree at the University of Florida and graduated from University of Miami School of Law, cum laude. Mr. Steinberg is admitted to practice in all Florida State Courts as well as the United States District Courts for the Southern District of Florida. He is an active member of the Florida Bar, the Palm Beach County Justice Association and the Florida Association of Criminal Defense Lawyers.

What Makes Us Different

What Is Uninsured Motorist Coverage

What To Do In Case of Slip and Fall Accident

What To Do In Case of a Motorcycle Accident

My state has a comparative negligence law. How does that work and who decides how much I was...

The auto insurance company's attorney says my injury was pre-existing. How do I prove it was not?

Q. I fell into a plate glass window leaving a bar.Mutilated my ear and neck almost died from wound. Can i sue this bar
April 3, 2018
A: First of all, I am very sorry this happened to you and I hope you are making a nice recovery from your injuries. That said, the first question that must be answer is: Did the bar owner and/or the owner of the premises create a dangerous condition that caused your accident. Also, was this type of accident foreseeable due to that alleged dangerous condition. Next, it is important to note that Florida is a comparative fault state. That means that if you were under the influence of alcohol when your accident occurred, that fact may shift some percentage of the fault to you. I hope this answers your question.