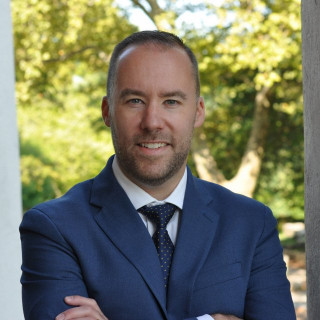 As a member of the Trial Division at the Manhattan District Attorney’s Office, Mr. Tracy learned from and worked side-by-side with some of the most experienced trial attorneys and prosecutors in the country. This real-world practice helped him to hone his investigation, litigation, and trial skills, which is evident in his perfect felony-trial conviction rate as a prosecutor. While a member of the Trial Division, Mr. Tracy handled every type of criminal case, from DWI, Assault, Grand Larceny, Domestic Violence and Criminal Possession of a Weapon to the most serious crimes including Rape, Sexual Abuse, Attempted Murder and Murder.

Mr. Tracy continued refining his skills as a Deputy Bureau Chief of the Staten Island District Attorney’s Office Domestic Violence Bureau. In that position, he helped to oversee a bureau of over ten prosecutors, making high-level decisions regarding arrest charges, prosecution strategies, and trial assistance. In conjunction with his supervisory roles, Mr. Tracy also handled his own Homicide cases, working on the investigations, indictments, hearings, trials, and dispositions.

Mr. Tracy’s success comes from his ability to work a case from beginning to end. He knows the tactics and strategies prosecutors use to build their cases, can identify their weaknesses, and in turn zealously advocate for his clients. He has built cases from the ground up, conducting long-term and short-term investigations, grand jury presentations, evidentiary hearings, and trials. His reputation in the courtroom speaks for itself, and the relationships he has built with prosecutors, judges and court staff throughout NYC help him to fight for and achieve the best outcome possible for his clients.

Mr. Tracy is admitted to practice law in the New York State courts as well as at the Federal level in the Eastern District of New York. He is a member of the NY State Bar Assoc., Richmond County Bar Assoc. and the NY State Assoc. of Criminal Defense Lawyers.

Assistant District Attorney
New York County District Attorney's Office
2010 - 2019
Assigned to the Trial Division, a Homicide Assistant and a member of the Sex Crimes Unit, responsible for investigating and prosecuting serious felonies such as Attempted Murder, Rape, Robbery, Burglary, Assault, Larceny, Domestic Violence offenses, Identity Theft, Narcotics Sale and Possession, and Driving While Intoxicated, from initial investigation until final resolution. Research and write motions on a variety of pre-trial legal and discovery issues, and conduct hearings on motions to suppress evidence. Oversee short and long-term grand jury presentations. Assisted on a three-month grand jury presentation resulting in one of the largest gang conspiracy indictments in New York City history, with over 100 gang members indicted for conspiracy to commit murder and other violent crimes. Investigate cases by interviewing witnesses, analyzing documents and utilizing other investigatory tools. Tried cases to verdict at jury and bench trials, and handle post-conviction litigation.