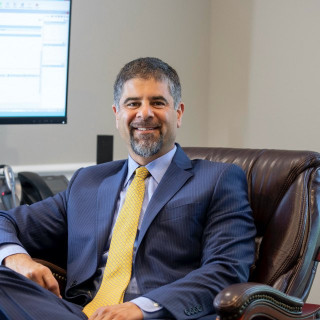 Benjamin Rabin was admitted to practice law in NY in 1994. After a brief stint as a public defender in Syracuse, NY, he worked for a small practice in Syracuse where he helped start the personal injury department. From there, Ben was hired as counsel for Cigna Insurance Company, and he handled cases all across New York, defending Cigna Insureds who were sued.

In 1999, Ben went back to his passion of representing injured people, working for a personal injury firm in Syracuse. He did that exclusively for over a decade, along the way handling major cases, and great numbers of them. Ben has handled wrongful death cases, paralysis cases, loss of limb cases and many more. He has trial experience in many of the counties across upstate New York, as well as in the Court of Claims where he has pursued NY State itself.

Ben has been repeatedly named “Superlawyer” of Upstate NY as well as “Top Attorneys in Upstate New York” by Hudson Valley Magazine.”

Q. Hello I'm a client at this law firm and I got into a bike accident almost 3 months have not recieved any paid wages?
January 11, 2022
A: I'm sorry you are dealing with this frustrating situation. Was the bike crash with a car? If so, No Fault insurance would be required to cover your lost wages. There are many reasons it could be taking this long, but generally it should not. In my experience, it is usually the insurance company being difficult. However, the only way to know the answer in your particular case is to find out from your lawyer. No Fault is required to put denials in writing, so there should be some evidence of why there is a delay. If it is NOT a crash with a car, then I'd need more information to offer any advice. I hope you are able to to resolve this problem.

Q. My daughter was hit by A car while crossing the street she had the light was in the crosswalk he was turning
March 29, 2019
A: I'm very sorry about this incident. You and your daughter have legal rights and responsibilities. One of your rights includes suing, but there are also other options to obtain a recovery for her. You should discuss these issues with a lawyer so you'll have a better idea of how to proceed.