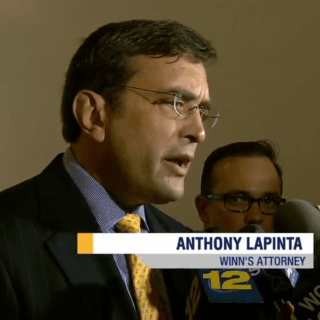 Anthony M. La Pinta is one of Long Island’s most accomplished and respected trial attorneys. Practicing law for over 30 years, he specializes in all phases of federal and state criminal defense, civil rights and plaintiff's personal injury litigation.

Described by members of the judiciary as "an attorney of the highest caliber," and "one of the finest lawyers on Long Island," Mr. La Pinta represents the highest standards in the legal community. He has been selected to the 2014-2020 editions of "Super Lawyers" magazine and has earned the “Preeminent - AV” rating with the prestigious Martindale-Hubbell Attorney Peer Rating System.

Having successfully defended many high profile cases that have drawn national media attention, Mr. La Pinta has extensive experience representing individuals and businesses that have been investigated or charged with white collar, nonviolent and violent crimes at the trial and appellate levels in the federal and state courts. Some of his past clients include politicians, law enforcement officials, financiers, attorneys, and physicians.

Mr. La Pinta also maintains a significant civil law practice, representing plaintiffs in all serious personal injury matters. Many of his cases have resulted in noteworthy trial verdicts and seven figure settlements in courts throughout the New York metropolitan region.

An adjunct professor at Touro Law School, Mr. LaPinta has also served as a past president of the Suffolk County Criminal Bar Association, and is a current member of the Attorney Grievance Committee for the Tenth Judicial District. He has also been a guest legal commentator and contributor for Court TV, Fox News, Newsday and News 12 - Long Island.

Mr. La Pinta is an elite litigator whose commitment to scholarship and command of the courtroom have made him a tremendous force in the federal and New York State courts.

Board Member
Children of Bedford, Inc
A foundation founded by Jean Harris to provide academic scholarships and grants to children of incarcerated mothers.