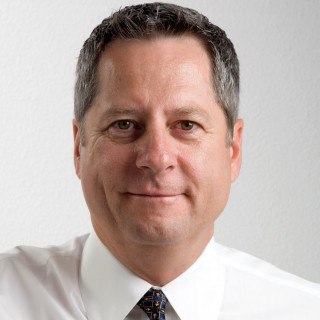 With more than a 1000 small business owners as clients, Andy Gale clearly knows his way around the legal ramifications of small business law. He has been practicing law at Gale & Vallance since 1987.

Andy started his career as a trial attorney for the Office of the District Attorney in Orange County, California working there from 1980 through 1987.

He has served in his community as the Director for the Foundation for Personal Financial Education from May 2009 to January 2011.

He has received many honors which include:

Andy also has been awarded his black belt in Tae Kwon Do.

The Law Offices of Gale and Vallance, A Professional Corporation
1987 - Current
Our law firm is here for you when you need us. We think creatively and strategically about your legal matter. We look to see how we can serve your long-term interests, and not just the problem of the moment. We are your legal counselors in the fullest sense of the word.

Senior Trial Attorney
The Office of the District Attorney, Orange County, CA
1980 - 1987
The mission of the Office of the District Attorney of Orange County is to enhance public safety and welfare and create a sense of security in the community through the vigorous enforcement of criminal and civil laws in a just, honest, efficient and ethical manner.

Blog
Should You Hire a Lawyer or Paralegal to Set up Small Business Formation?

Get Smart HR Legal Support for You California Small Business

Your small business is unique, with HR questions specific to your type and size of business. As a small business, you NEED to have an HR specialist in your back pocket. Because you don’t know the intricacies of HR, what you don’t know could hurt you! Getting the HR Support you need by working with Incorporation Attorney means you get HR support from a law firm that understands legal gray areas.

Legal Services for CPAs: Why Accountants Need a Lawyer for their Clients

You are a great accountant, meaning you can identify when a client’s business entity should be changed to save them on taxes. The problem: doing the legal paperwork for the change. As a CPA, you are not authorized to practice law, this includes drafting business documents. So you could: 1) Not change their business entity a. This risks the client getting upset that you didn’t show them all the tax saving options and leaving you to another accountant. 2) Tell the client to go change their business entity on their own a. Here, they find their own business lawyer, who most likely has their own personal power partner accountant—that they will send the client to. You end up losing the client. 3) Tell the client to use an inexpensive Internet service to form their own business entity a. They most likely won’t set-up all the formalities correctly, which leaves them open to being sued and having their ‘corporate veil’ pierced. You become the easy target for retribution, since you provided the advice. 4) How about you just perform the legal work yourself? a. As a CPA, you would be practicing law when you are not licensed to. This means your professional insurance won’t cover any legal malpractice claims and you could be out a lot of money. The solution? Work with a small business lawyer who recognizes and respects the importance of you and your client’s relationship. Check out the benefits of our Business Entity Set-up Services FOR ACCOUNTANTS in the video above!

Andy Gale of Incorporation Attorney Explains why small businesses don’t want CPAs and Accountants providing their incorporation services in California. Learn more about the risks and the pitfalls with this real example from one of Andy’s local Orange County clients.

“Are you about to start a new business? In this video I'm going to share a real world example of how a small business owner was screwed over by an incompetent paralegal as they when through the process of setting up their business, in this case a corporation”. Don’t make the same mistake when you start your business!

Need legal advice for your business? Visit us at Orange County Incorporation Attorneys and get helpful advice at reasonable rates - Corporate Attorney Service for your California Business