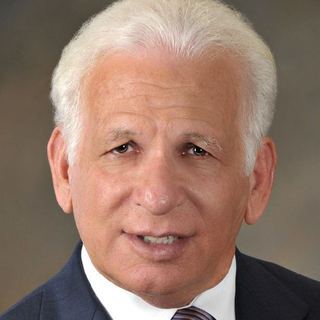 I came from a family of doctors. My grandfather was an OB-GYN, my father was an OB-GYN and my brother is a pediatric radiologist. My father was a rare breed of doctor who made house calls and cared deeply about his patient's welfare and instilled in me compassion for my fellow man. Although I began my college career as a pre-med major, I found that I was more interested in logic courses and philosophy. I graduated from Jacksonville University in Jacksonville, Florida with a major in philosophy and went to law school at Cumberland School of Law of Samford University in Birmingham, Alabama. I received my JD degree in 1972. While studying for the Florida Bar, I learned of a job opportunity in Fort Myers, Florida in the State Attorney's Office as a prosecutor. I interviewed and was hired in 1972 by Joseph D'Alessandro, who was the State Attorney at that time. He immediately placed me in the Felony Division and in a year and a half I tried 34 felony trials ranging from drug possession to murder. I was recruited by a personal injury law firm and hired in 1974 to try personal injury cases. My family background in medicine and values that were imparted to me by my family proved a successful combination for handling personal injury cases. I am a very passionate person and that characteristic carries over to my representation of personal injury clients. In 1985, I became certified by the Florida Bar in civil trial practice after having tried a requisite number of jury trials and passing a very rigorous examination given by the Florida Bar. I have also received my certification by the National Board of Trial Advocacy and am proud of those accomplishments as board certified lawyers are in the minority. I have tried cases ranging from whiplash to multi-million dollar catastrophic injury cases. Regardless of the size of the case, I represent each client with the requisite passion and vigor that is necessary for a successful resolution of the case. I have always maintained

Benjamin A. A. Russell