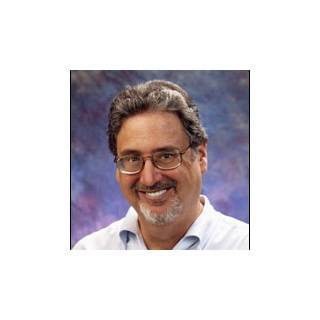 Since forming Wisner Dispute Resolution Services in 2003, Alec Wisner has been using his unique and diverse background to assist hundreds of clients successfully resolve their disputes. Thoroughly trained in all aspects of mediation, especially in the areas of divorce and family mediation as well as commercial mediation, Alec provides both an understanding of the underlying issues and an ability to facilitate positive communication.

Alec brings a rich and diverse background to his mediation practice. While attending U.C.L.A., he won numerous national debate awards, graduating in 1971. Alec matriculated at the University of Southern California Law Center, earning his J.D. in 1974.

From 1975 through 1978, Mr. Wisner developed his legal skills in the areas of family and commercial law. In 1978, seeking new challenges, he entered the world of corporate business. During the ensuing eighteen years, Alec served in top management in the printing/publishing industry. In this capacity, he managed the growth or several medium-size corporations and was personally responsible for the spinoff of several new, successful enterprises. Mr. Wisner is still actively involved as a director of such corporations as Golden Triangle Financial Services, located in Las Vegas, NV.

Director and Vice-President
Golden Triangle Financial Services
Current
We started this import and distribution company from nothing in 1992 and have grown it to the point where we gross over $10 million annually today. My original contribution was primarily my financial and business acumen. Today, I primarily provide overall business advice to the active management that runs the company on an ongoing basis.

Lecturer on Mediation
LawTalk MCLE
2009 - Current
I give CLE lectures on mediation to attorneys at various sites in California.

Mediator and Arbitrator
Wisner Dispute Resolution Services
2003 - Current
Although I retired from the practice of law at the end of 2002, I really found my calling in mediation and conflict resolution. It provides me with a joy and satisfaction unlike anything I have ever experienced through labor in the past. I separate my work into two apparently irreconcilable categories: commercial and family (divorce) mediation. Actually, the techniques of each are quite complementary! Each set of skills makes me better at the other. God, I love what I do!!

Partner
Stanbury, Fishelman & Wisner
1996 - 2002
As a litigation boutique, we prosecuted complex civil litigation, including substantial class actions against such entities as America Online, Bank of America and Fen-Phen, as well as other, multi-million dollar representative actions with a high rate of success.

Principal and Manager
World News, Inc.
1978 - 2001
As manager, I oversaw the development of this company from a gross income of approximately over $80,000 per month from arrival to over $750,000 per month upon my departure from active management in 1996. I also expanded our horizons from a local Los Angeles area wholesale agency to a national and international business entity.