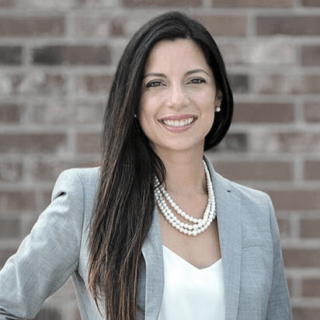 Adriana was born in Armenia, Colombia, and she moved to Florida with her parents and sister when she was nine years old. She graduated from Florida Atlantic University and later received her law degree from Florida Coastal School of Law. She is the mother of two boys, ages 4 and 7, and she is a huge fan of the FAU Owls, the Miami Dolphins, and the Washington Nationals, with whom she worked during law school. In her spare time, she enjoys watching her sons play Little League Baseball.

What Information Should I Get After My Car Accident Pompano Beach FL? | Gonzalez & Cartwright, P.A.

After your car accident, the first thing you should do is call the police. You're going to want to know the insurance information for the other driver, the names of the people involved in the accident and any witnesses to the accident. If there are witnesses to the accident ask them to stay until the police arrive so that they can give their names and numbers to the police. If they want to leave of try to leave first, get their names and their phone numbers so that we can contact them after the accident. Don't let a car accident ruin your life. Take back control. Contact Gonzalez & Cartwright, P.A., today for your free, personal injury consultation. https://www.gonzalezcartwright.com

How Is The Amount Of Damages Determined In West Palm Beach FL? | Gonzalez & Cartwright, P.A.

In Florida, Florida's Wrongful Death Act governs damages. Section 768.21 of Florida statutes sets forth who may recover and what damages are available. Typically the spouse and minor children can recover for wrongful death, however, if there's no spouse, adult children may also recover. In addition, if a minor child dies, the parents of that minor child may have a claim for recovery. The wrongful death statute is actually somewhat complicated, so it's important to speak with an any. Also keep in mind the Wrongful Death Act contains a two year statute of limitations, so any claims under that act must be brought within two years. Don't let a car accident ruin your life. Take back control. Contact Gonzalez & Cartwright, P.A., today for your free, personal injury consultation. https://www.gonzalezcartwright.com/personal-injury/wrongful-death/

Can I Receive Money If The Car Accident Was My Fault in Lake Worth FL? | Gonzalez & Cartwright P.A.

In Florida, if the accident was 100% your fault, you can't receive money. However, if the accident was only partially your fault, in Florida we have comparative fault. That means, you can recover for that percentage of fault, which was not your responsibility. Talk to a lawyer, and find out what your rights are. Don't let a car accident ruin your life. Take back control. Contact Gonzalez & Cartwright, P.A., today for your free, personal injury consultation. https://www.gonzalezcartwright.com/car-accidents/

Can I Be Liable If My Car Was Rear Ended In A Crash in Lake Worth? | Gonzalez & Cartwright P.A.

In Florida, if you're rear-ended, there's a presumption of negligence on the driver who hit you. It's a rebuttable presumption. Talk to an attorney so that they can gather the information necessary to protect your rights. Don't let a car accident ruin your life. Take back control. Contact Gonzalez & Cartwright, P.A., today for your free, personal injury consultation. https://www.gonzalezcartwright.com/car-accidents/

Are There Punitive Damages In An Auto Accident Case in Fort Lauderdale FL?

In Florida, you can recover punitive damages in a few different situations. First, if the driver of the vehicle that caused the accident was drunk, driving under the influence, you may be entitled to punitive damages. Secondly, if they are guilty of willful and wanton misconduct, such as street racing, you may be entitled to punitive damages. Talk to an attorney. Don't let a car accident ruin your life. Take back control. Contact Gonzalez & Cartwright, P.A., today for your free, personal injury consultation. https://www.gonzalezcartwright.com/

A Lyft Driver Hit My Vehicle What Should I Do in Pompano Beach FL? | Gonzalez & Cartwright P.A.

If a Lyft driver hits your vehicle, call the police. Get them to the accident scene to document the accident. The available coverage to use is going to depend on a lot of different things. If the Uber driver was going to make a scheduled pick up or if the Uber driver was driving someone who took advantage of their ride share services, there may be up to a million dollars in coverage provided by Uber to compensate you for your injuries. However, if the Uber driver is driving or Lyft driver is driving around on their own and they're not under any mission or task for Uber or Lyft, their own insurance would apply, so you're going to want to make sure that the police document both the personal insurance for the Uber or Lyft driver as well as whether or not the Uber or Lyft driver was under any mission or activity for Uber or Lyft. Don't let a car accident ruin your life. Take back control. Contact Gonzalez & Cartwright, P.A., today for your free, personal injury consultation. https://www.gonzalezcartwright.com/motor-vehicle-accidents/uber-lyft-accidents/