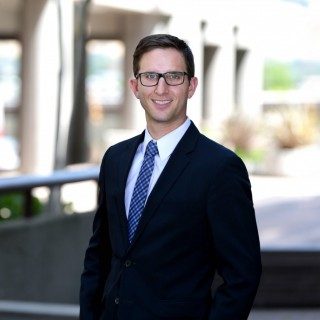 Attorney Adam M. Carlson is managing partner at Casper, Meadows, Schwartz & Cook. While he is skilled in various areas of law, he focuses the majority of his practice handling cases related to wrongful death, civil rights, and personal injury. He believes that tailoring each case to each client’s needs is key to providing aggressive and compassionate legal representation.

Before joining the firm, Carlson served as an intake assistant for our team, where he was responsible for fielding calls from potential clients. It was at this time that Carlson decided he wanted to do more. He found that he was passionate about helping individuals who suffered injuries and illness due to another person’s negligence, recklessness, or carelessness. After this realization, he enrolled in law school, where he pursued his passion for helping others facing serious and difficult legal matters.

Prior to committing his life to legal work, Carlson attended Middlebury College where he completed his undergraduate coursework. Upon the completion of his undergraduate studies, he enrolled at the University of San Francisco School of Law where he achieved his Juris Doctorate. Following law school Carlson spent several years as a dedicated attorney for the Alameda County Public Defender’s Office before joining our team. Currently, he holds memberships in various associations, including the State Bar of California, the US District Court Northern District of California, the US District Court Eastern District of California, the Earl Warren American Inn of Court, the Contra Costa County Bar Association, the Alameda-Contra Costa County Trial Lawyers Association, and the Consumer Attorneys of California.

When Carlson is not practicing law, he can be found competing as an elite amateur in triathlons. Triathlons are an important part of his life as they allow him to empathize with clients who are deprived of their livelihood when injured.